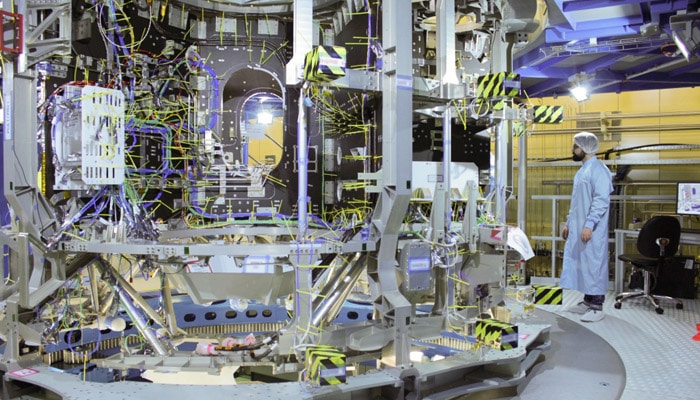 Bremen, 16/02/2017 – Airbus Defence and Space, the world’s second largest space company, has signed a new contract with the European Space Agency (ESA) for the construction of the second European service module (ESM) for NASA’s Orion spacecraft. The contract is worth around 200 million euros. The ESM is a key element of Orion, the next-generation spacecraft that will take astronauts beyond low-Earth orbit for the first time since the end of the Apollo programme. 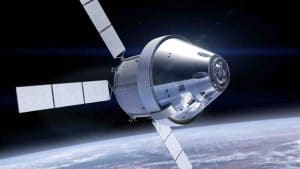 The module provides propulsion, power and thermal control and will supply astronauts with water and oxygen on their missions beyond the Moon to more distant destinations such as Mars. The ESM is installed underneath the crew module. ESA selected Airbus Defence and Space as prime contractor for the development and construction of the first ESM in November 2014.

“With this follow-on contract, we are highly motivated to continue supporting NASA’s pioneering deep space mission. This confirms how much confidence our customers ESA and NASA, as well as our industrial partner Lockheed Martin Space Systems, have in our expertise and competence – trust that they already placed in us for the development and construction of the first European service module,” said Nicolas Chamussy, Head of Space Systems. “We deliver reliable, state-of-the-art products and through this programme and our continual investments, we can secure a technological advantage.” 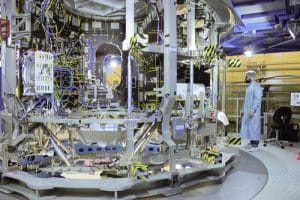 The design of the Orion spacecraft enables astronauts to be transported farther into space than ever before. The spacecraft transports the crew into space, enables an emergency abort and provides life support for the crew during the flight and a safe return to the Earth’s atmosphere, even at extremely high re-entry speeds from the depths of space. With planned missions beyond the Moon including to an asteroid redirected to the lunar orbit, NASA is building capabilities to send humans to Mars and ushering in a new era of space research is beginning.

The ESM is a cylinder with a height and diameter of around four metres. Like the Automated Transfer Vehicle (ATV), it has a distinctive four-wing solar array (19 metres across when unfurled) that generates enough energy to power two households. The service module’s 8.6 tonnes of fuel can power one main engine and 32 smaller thrusters. In total, the ESM weighs just over 13 tonnes. In addition to its function as the main propulsion system for the Orion spacecraft, the ESM will be responsible for orbital maneuvering and position control. It also provides the crew with the central elements of life support like water and oxygen, and regulates thermal control while it is docked to the crew module. Furthermore, the unpressurised service module can be used to carry additional payload.

For the development and construction of the ESM, Airbus Defence and Space can draw on its extensive experience as prime contractor for ESA’s unmanned ATV, which provided the crew on board the International Space Station with regular deliveries of testing equipment, spare parts, food, air and water as well as fuel.

Notes for editors: You can download photos, videos, footage, infographics and interviews from our broadcast room at