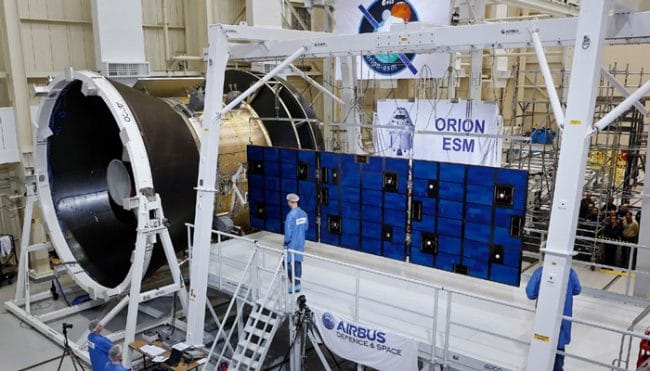 Airbus Defence and Space has developed and delivered the qualification model of the solar array for the European Service Module (ESM) of the Orion crewed spacecraft. During a deployment test today at NASA’s Plum Brook Station facility in Sandusky, Ohio (USA), the model came through the test with flying colours. The tested solar array involves one qualification wing, consisting of a yoke and three panels, and three dummy wings. In the past month, the solar array was integrated with the test model of the Orion ESM, of which the series is being developed and built by Airbus Defence and Space on behalf of the European Space Agency (ESA). The solar array deployment test is part of a series of dynamic tests that the ESM will undergo in the coming months at the NASA centre to prove that its design can withstand the hostile environment of an exploration flight beyond the Moon.

“A crewed mission to the Moon involves challenging requirements for the design and development of a solar array. To limit heavy stresses on the solar array due to the boost to the Moon orbit and back to Earth, the wing must be capable of angling 60 degrees forward and backward, like that of a bird. That broad movement meant we had to design the wing with thickened solar array panels and reinforced hinges and beams, which required extensive testing,” said Arnaud de Jong, head of the Airbus Defence and Space Solar Array team in Leiden, the Netherlands.

During the Trans Lunar Injection (TLI) boost, the wing tips of the solar array are calculated to each deflect 1.06 metre. A camera on each wing tip, pointed at the Orion spacecraft, will closely monitor the movement. In addition to the deployment test, the test program of the qualification wing involves acoustic, vibration and shock tests, which will take place in the following months.

The flight models of the solar array are already being manufactured for a first ESM delivery at the beginning of 2017. The solar array, weighing a total of over 260 kilograms, comprises four wings, each consisting of three panels with 1,242 Gallium Arsenide cells per panel. The almost 15,000 cells in total will provide the Orion service module with 11.1 kW for its mission. 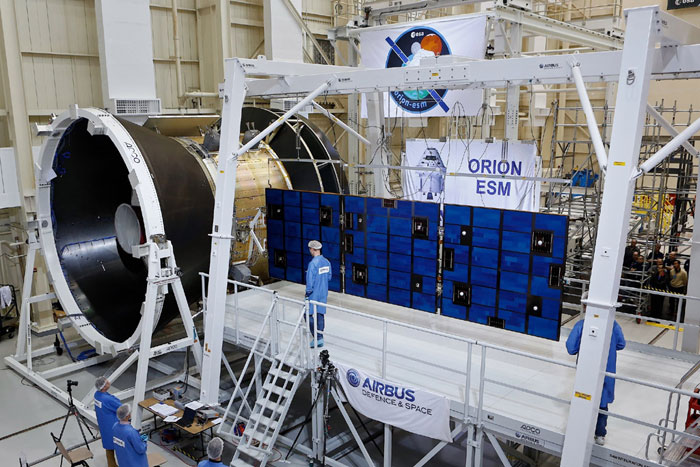 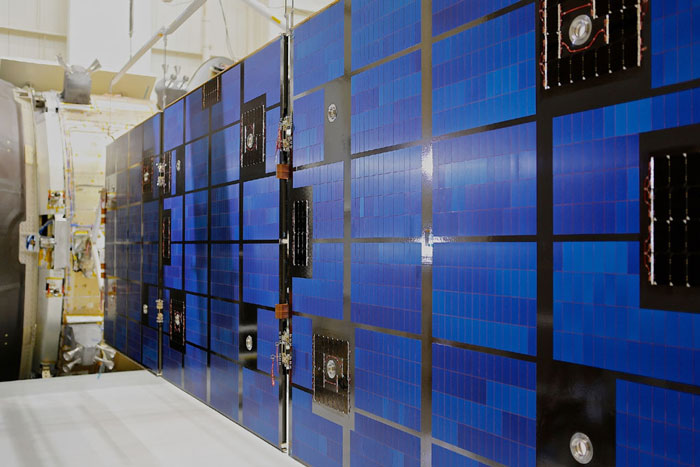 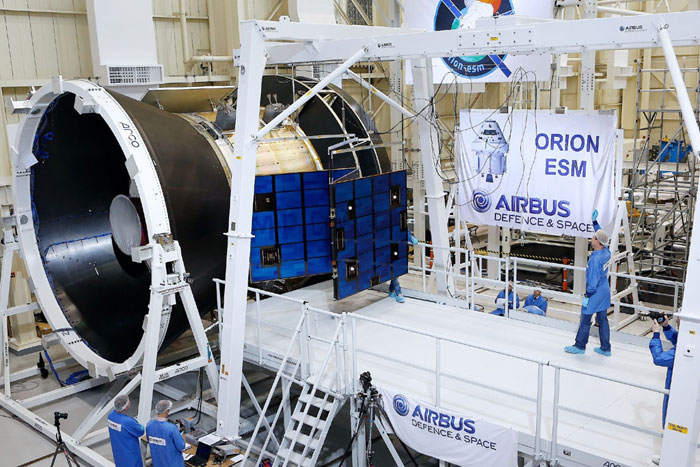 Notes for editors: You can download photos, videos, footage, infographics and interviews about the Orion ESM from our broadcast room at: