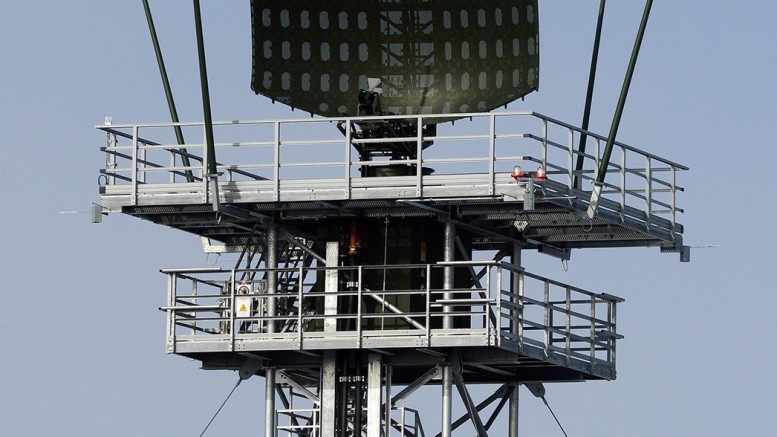 “Our new ASR-NG has provided proof of its excellent performance,” said Thomas Müller, Head of Electronics and Border Security (EBS) at Airbus Defence and Space. As a result, air traffic control can become more efficient, and consequently safer, despite a rapid increase in the volume of air traffic, including extremely small and non-cooperative aircraft, and despite challenges caused by wind energy plants.

In a two-day flight campaign at the EBS test facilities in Germany, the ASR-NG detected the Flight Calibration Services’ test aircraft of the type “Learjet” reliably in different scenarios. In particular, the radar system achieved excellent detection values when it came to small objects such as the Learjet at an extraordinarily great distance of 120 NM (approx. 220 km) and up to its maximum flight altitude of 45,000 ft (approx. 15 km). The ASR-NG was capable of this unique performance not only as a purely primary radar system, but also in conjunction with the secondary radar MSSR 2000 I (MSSR = Monopulse Secondary Surveillance Radar) in the so-called “full enhanced surveillance” mode in line with the new Mode S standard, which provides much more exact data on aircraft in a certain surveillance sector than previously. At the same time, the new signal processing algorithms and multiple parallel processing of the echoes received make it possible to suppress false echoes caused by wind turbines and to obtain a 3D altitude reading of the aircraft based on primary radar. The MSSR 2000 I is already being used in the air traffic control system of the German Armed Forces in a network working automatically (Mode S cluster).

Airbus DS Electronics and Border Security supplies air traffic control and identification systems in the military and civilian sector worldwide. Amongst others, the company equips the German Armed Forces’ airports with the ASR-S (Airport Surveillance Radar, S-Band) airport surveillance radar and delivers a complete approach control system to Switzerland. In addition, the MSSR 2000I secondary radar is deployed by the naval forces of Germany, France, Norway and Finland for military friend-or-foe identification. For civil and military air traffic control, those identification systems are used, for example, in Germany, France, USA, UK, Bulgaria or the Philippines.

EBS is a world leading provider of premium electronics in the areas of protection, surveillance and situational awareness. As a separate organizational unit within Airbus Defence and Space, it is managed according to arms-length principles serving the defence and security markets. It is the global No. 1 in missile warning systems, a leading provider of border surveillance equipment and THE German sensor house with a major position in the radar, optronics and electronic warfare markets. Customers benefit from the company’s strong heritage capitalizing on renowned names such as Dasa, Siemens, Aerospatiale-Matra, Telefunken, Dornier and Zeiss. It employs today approx. 4,000 employees generating revenues of about €1 billion per year.