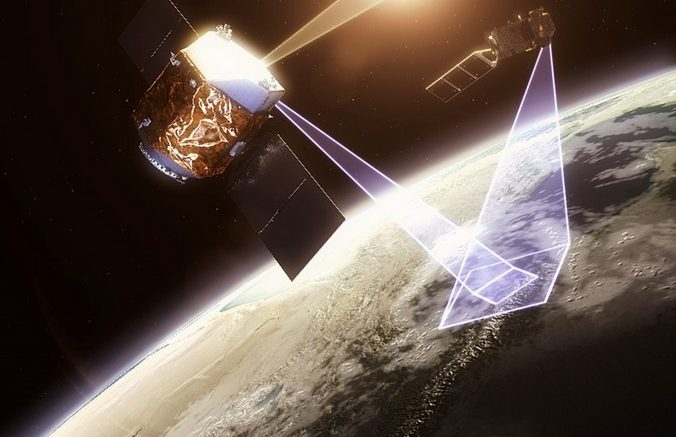 Airbus has been awarded the lead in the European Space Agency (ESA) contract for the TRUTHS A/B1 (System feasibility Studies and Pre-Developments) as part of ESA’s Earth Observation Earth Watch programme.

The TRUTHS satellite mission will collect measurements of the Sun radiation and of the sunlight reflected off Earth’s surface traced to an absolute metrological reference, which will then be used to improve the climatological data sets and calibrate the observations of other satellites. This space-based climate and calibration observing system will enable data from other satellites to be compared more easily providing greater standards of data harmonisation for even more accurate climate change forecasts.

TRUTHS stands for Traceable Radiometry Underpinning Terrestrial and Helio Studies. The study will define the TRUTHS mission system implementation concept as well as focus on the preparation of critical technologies ahead of implementation of the mission in 2023.

TRUTHS will carry a Cryogenic Solar Absolute Radiometer (CSAR) to provide a primary calibration standard in order to benchmark measurements of both incoming solar radiation and outgoing reflected radiation – measured with a Hyperspectral Imaging Sensor (HIS) also part of the payload – with unprecedented accuracy. These measurements will give the ability to estimate radiative imbalance underlying climate change and, importantly, in a shorter time than is currently possible. TRUTHS will serve to calibrate other satellite sensors, such as those carried on the Copernicus missions, through co-imaging operations.

Richard Franklin, Managing Director of Airbus Defence and Space in the UK said: “Validating data on Earth’s changing climate is at the heart of this exciting mission – which will have a profound impact on future studies. It will provide the gold standard of calibration for space based Earth observation – a kind of ‘standards laboratory in space’. For the first time the international scientific community will be able to cross reference their measurements and data enabling much more accurate forecasts and analysis, especially from the European Copernicus programme.”

UK Science Minister Amanda Solloway said: “Data has been one of our most powerful and versatile weapons against coronavirus, and it is among our most potent weapons in countering climate change.”

“This mission, with Airbus leading the charge, will not only give us the first ever absolute measurement of the light reflected off Earth’s surface, it will reduce the uncertainty in future climate projections while arming our scientists with the most reliable data and insight we have ever had access to.”

The TRUTHS study and pre-developments will include key partners from the UK space industry including Teledyne e2v UK, National Physical Laboratory (NPL), RAL, University of Leicester, Thales Alenia Space UK, CGI IT UK, Telespazio-UK and Goonhilly Satellite Earth Station as well as important contributions from companies and institutes from the participating nations: The Czech Republic, Greece, Romania and Switzerland. The overall contract is worth approximately €16 million.

The UK has embarked on a strategy to take a leadership role in this domain building on the strong climate science expertise from among others the National Physical Laboratory, the National Centre for Earth Observation and Rutherford Appleton Laboratory Space.