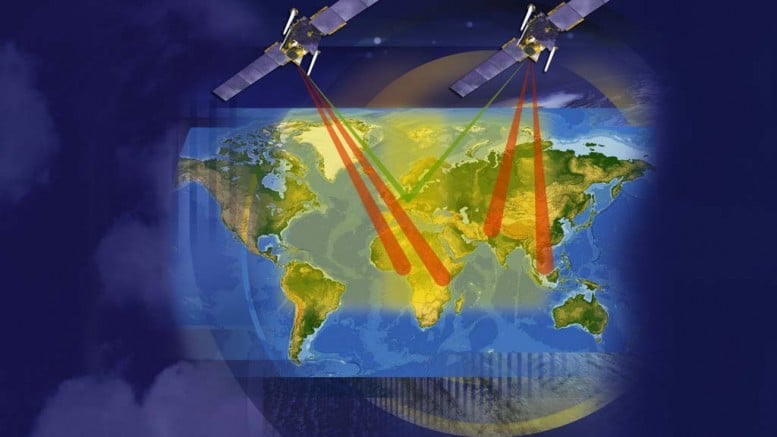 The contract worth 145M€ has been signed with the German Armed Forces procurement agency (BAAINBw) to operate the COMSATBw satellites, their teleport and associated networks

Airbus Defence and Space has been awarded a 145 M€ contract by the procurement agency of German Armed Forces (BAAINBw) for the long term operation of the SATCOMBw secure satellite communications system. Airbus Defence and Space has been operating the SATCOMBw system since 2006. This contract which has been renewed for the next seven- and-a-half years includes the in-orbit operation of the military COMSATBw1 and COMSATBw 2 satellites as well as the operation of their teleport and associated networks in Weilheim, Germany, until 2022.

The two military communication satellites COMSATBw-1 and COMSATBw-2 provide German armed forces (Bundeswehr) in operation with military UHF and X-band plus additional capacity in C and Ku-band over a coverage stretching from the Americas to Eastern Asia.

In addition to the two satellites, the SATCOMBw programme provides a secure ground communications network and control system. Command centres, vehicles, aircrafts and ships deployed around the world are linked directly into the base communications networks for voice, video, database access and IP (Internet Protocol) services.

“We are proud to support German armed forces for its worldwide missions and to keep managing the operation after our successful delivery of the SATCOMBw system”, said Stefan Gramolla, Head of SATCOMBW programme at Airbus Defence and Space.

Airbus Defence and Space has been responsible for the overall SATCOMBw system design, integration and delivery of a fully operational capability. The company has also delivered more than 500 ground terminals with range of antenna diameters from 1.2 to 4.6 meters included maritime terminals.

About Airbus Defence and Space
Airbus Defence and Space, a division of Airbus Group, is Europe’s number one defence and space enterprise and the second largest space business worldwide. Its activities include space, military aircraft and related systems and services. It employs more than 38,000 people and in 2015 generated revenues of over 13 billion Euros.