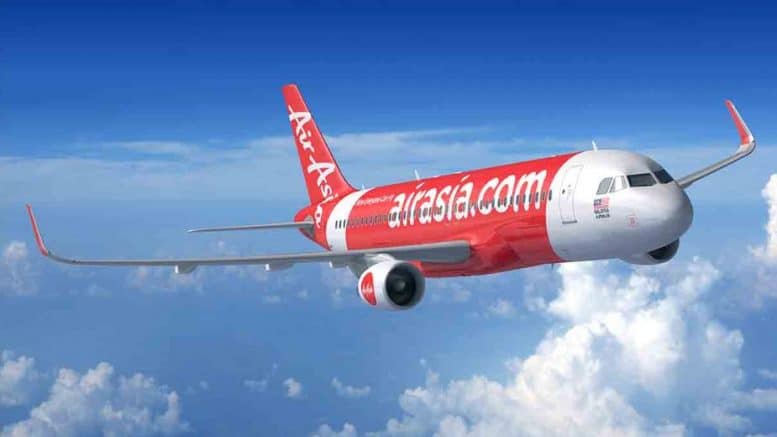 Le Bourget, 22nd June 2017 – AirAsia has signed an agreement with Airbus to order an additional 14 A320ceo aircraft to meet higher than expected near-term growth on the carrier’s regional network. The contract, which is subject to AirAsia board approval, was announced at the Paris Air Show today.

Today’s announcement will see the total number of A320 Family aircraft ordered by AirAsia rise to 592, reaffirming its position as the largest airline customer for the Airbus single aisle product line. To date, 171 A320ceo and eight A320neo have already been delivered to the airline and are flying with its units in Malaysia, India, Indonesia, Thailand and the Philippines.

Tony Fernandes, AirAsia Group Chief Executive Officer said, “Demand is very strong in AirAsia’s traditional countries, but now we have Indonesia, Philippines and India doing extremely well. The robust demand has led us to expand our fleet, and Airbus has been a great partner in finding us slots. We still need to find more aircraft to expand our regional reach and are actively sourcing from the leasing market. The competitive environment is at its best, coupled with a stable oil price. With the lowest cost in the world, AirAsia is back on aggressive growth.”

“We are pleased to announce our latest agreement from AirAsia,” said John Leahy, Chief Operating Officer Customers, Airbus Commercial Aircraft. “We are proud that the A320 Family has played an important role in the success of AirAsia, providing the efficiency and reliability needed for the airline to keep its costs as low as possible. We look forward to working with AirAsia as it continues on its exciting journey, enabling more people to fly, more often, and at affordable cost.”

The A320 Family is the world’s best-selling single aisle product line. To date, the Family has won over 13,000 orders and more than 7,600 aircraft have been delivered to some 400 customers and operators worldwide. With one aircraft in four sizes (A318, A319, A320 and A321), the A320 Family seats from 100 to 240 passengers. The Family features the widest cabin in the single aisle market with 18” wide seats in Economy as standard.

Airbus is a global leader in aeronautics, space and related services. In 2016 it generated revenues of €67 billion and employed a workforce of around 134,000. Airbus offers the most comprehensive range of passenger airliners from 100 to more than 600 seats. Airbus is also a European leader providing tanker, combat, transport and mission aircraft, as well as Europe’s number one space enterprise and the world’s second largest space business. In helicopters, Airbus provides the most efficient civil and military rotorcraft solutions worldwide.

Photos and video of our commercial announcements at he Paris Air Show will be available for media to download from the Airbus broadcast room on https://www.airbus.com/newsroom.html