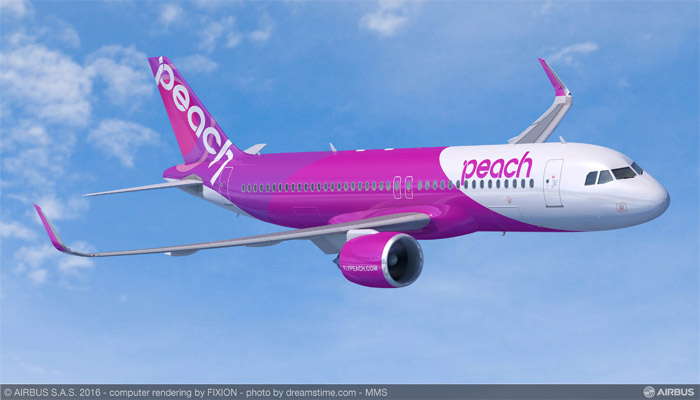 Peach has already placed an order for 8 A320neo aircrafts, and it is planning to receive the first aircraft from this order during FY2020. The additional A320neo aircrafts will be received after FY2021 and they will be used as replacement aircrafts for the existing aircrafts.

A320neo uses state-of-the-art technology such as new engine and wing tip devices such sharklet, which is a large wing tip. With this, as compared to conventional aircrafts, the aircraft offers excellent environment performance in terms of significantly improved fuel efficiency and reduced emission of CO2. Airbus