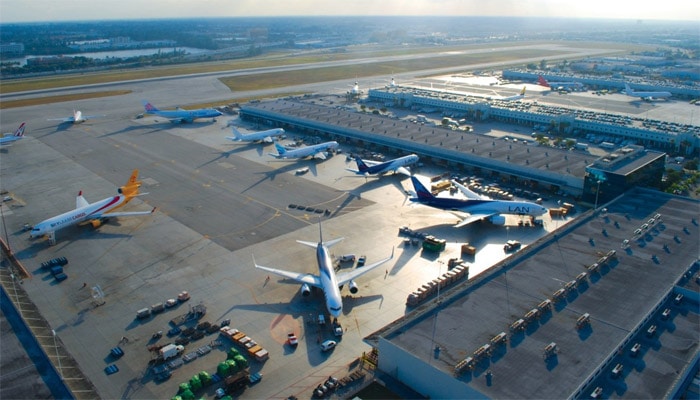 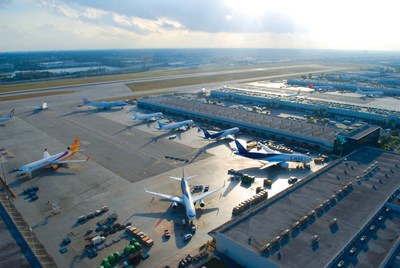 “The MIA FTZ creates an attractive business opportunity for companies to begin or expand their operations directly on-site at the passenger and cargo gateway of the Americas,” said Miami-Dade County Mayor Carlos A. Gimenez. “Congratulations to the MIA team for achieving this significant milestone, which has strong potential for new business revenue and job creation in our community.”

The new magnet site – an expansion of Miami-Dade County’s existing FTZ 281 – will allow companies to receive and process materials and merchandise with reduced or eliminated Customs duties upon entry into the country at MIA.

“I commend the Aviation Department and PortMiami, for bringing this important designation to MIA and to Miami-Dade County,” said Miami-Dade County Commissioner Rebeca Sosa, Chairperson of the County’s Economic Development and Tourism Committee. “Because of their efforts with our federal partners, MIA can be an even larger economic engine for our community.”

“Our FTZ magnet site approval dovetails perfectly with our growth strategy as one of the world’s leading pharma hubs, as well as our efforts to become the e-commerce hub of the Americas,” said Miami-Dade Aviation Department Chief of Staff Joseph Napoli. “We look forward to opening new doors at MIA within the trade and logistics industries.”

FTZ 281 encompasses land from S.W. 8th Street to the Broward County line, and from Miami Beach in the east to the Urban Development line in the west. Companies within an FTZ are able to defer paying duties only when product exits the site, reduce duties on combined finished products instead of on each individual product, and eliminate duties on products being imported to the site and then exported.

In 2016, MIA’s air trade was valued at $57.3 billion – representing 92 percent of the value of Florida’s total air trade and 40 percent of the State’s total (air and sea) trade with the world.

“Six years after being approved by the U.S. Department of Commerce, FTZ 281 has more than 65 approved sites,” said PortMiami Director and CEO Juan M. Kuryla. “Adding MIA as a magnet site is a huge accomplishment. It makes Miami a more competitive global gateway for growing international trade and commerce in Miami-Dade County. We welcome MIA to FTZ281.”

The FTZ magnet site follows other business development initiatives launched recently by MDAD, including: MIA’s first e-commerce workshop with more than 30 local air cargo industry stakeholders in January, with the goal of establishing Miami-Dade County as one of the world’s leading e-commerce hubs; Florida’s first-ever ocean-to-air perishables trans-shipment program last February, which allows perishable freight from local seaports to be trucked to MIA and depart by air without Customs duties; and MIA’s pharma hub designation by the International Air Transport Association (IATA), which certifies that pharma products are transported in accordance with global best practices. Four MIA pharma hub partners became IATA-certified in 2017, and MIA’s pharma trade has grown in value from $1.8 billion 2010 to $4.4 billion in 2016. MIA was named “Best Freighter Hub” in the world by Freighter World magazine in 2017.