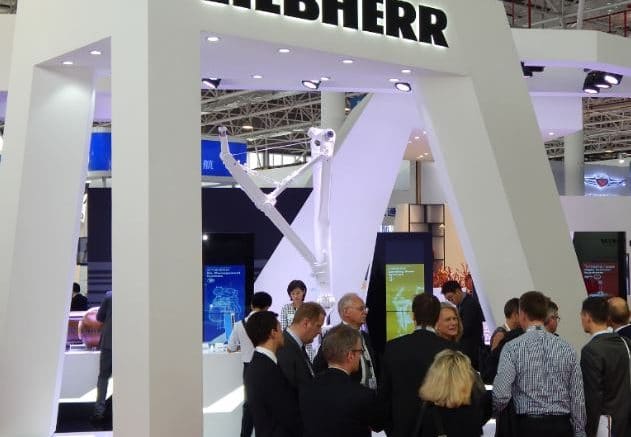 liebherr-stand-airshow-china.jpg A magnet for visitors: Liebherr-Aerospace’s stand at Airshow China.

October 2016 – As a leading supplier to the international aviation industry, Liebherr-Aerospace has become a regular name among the exhibitors at Airshow China, which takes place from November 1 to 6, 2016 in Zhuhai (China). In addition to products from the fields of air management, flight control and actuation, gearboxes and landing gear systems, the company will present its customer service activities.

At stand no. H3D1, Liebherr-Aerospace will show a wide range of exhibits to represent its innovation capabilities in the product areas of flight control, air management, landing gear as well as gears and gearboxes. 4.5 m in height, the A350 XWB nose landing gear will be one of the exhibits that catch the visitor’s eye.  It is the biggest landing gear system Liebherr has ever been contracted to develop, produce and service.

Moreover, visitors will be able to see a composite slat that features full electrical anti-ice devices from the Belgian company Sonaca and associated electronic controls from Liebherr-Aerospace. The product was developed within the research and technology collaboration between both companies, which is part of the European research program Clean Sky for the more electric aircraft.

A joint venture at Liebherr-Aerospace’s stand

Liebherr LAMC Aviation (Changsha) Co., Ltd., the joint venture between the Chinese company LAMC (AVIC Landing Gear Advanced Manufacturing Corp.) and German-based Liebherr-Aerospace Lindenberg GmbH, will be represented at the stand of Liebherr-Aerospace at this year’s Airshow China. The company recently celebrated the delivery of its first ARJ21 main landing gear to aircraft manufacturer COMAC. Established in 2012, it develops and manufactures landing gear systems for the Chinese aviation industry as well as the international aviation market.