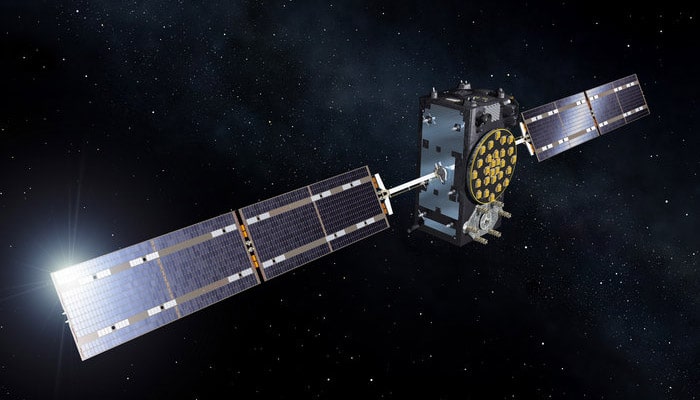 16 June 2017The invisible signals that Europe’s Galileo satellites are beaming down to the world are officially award-winning: the team behind their design has won the European Inventor Award, run by the European Patent Office.

The 12th European Inventor Award (Research) was given at a special ceremony on 15 June at the Arsenale di Venezia in Venice, Italy.

Just like the Galileo satellites and their globe-spanning ground stations, the Galileo signals themselves needed to be designed, having to pack multiple Galileo services aimed at different classes of users within the limited frequency bands allocated for the system by the International Telecommunications Union.

This task was accomplished by the Galileo Signal Task Force, a multinational group of experts who came up with a pair of innovative signal modulation techniques.

“When the nations of Europe work together, the whole world benefits,” said José.

With 18 satellites now in orbit, Galileo began Initial Services on 15 December 2016, so the two signals the team devised are now everyday reality.

They took as their inspiration the GPS system, with signal shapes first designed back in the 1960s, but first fulfilling user needs today.

The first signal technique is called Alternative Binary Offset Carrier modulation, or ‘AltBOC’ for short, combining four separate signals into one large ones – resulting in the largest bandwidth navigation signal ever transmitted.

When used in its full performance AltBOC can support precision scientific applications such as geodetic measurements and seismic plate monitoring.

The second modulation method, called Composite Binary Offset Carrier or ‘CBOC’, results in a signal for use by the mass market, possessing both narrowband and wideband components.

The result is a signal that can work well with low-end receivers – such as those found in current smartphones – while the wideband component ‘future proofs’ the signal, allowing manufacturers to extend mass market receiver performance in the future.

The other goal CBOC had to match was to be interoperable with GPS signals, allowing receivers to use both sets of signals at once on a seamless basis.

With China planning to use a comparable CBOC-style solution for their Beidou satnav satellites, the resulting Galileo E1 Open Signal is set to become the new standard for mass market applications for the foreseeable future.

Contract signing to boost performance and security of Galileo services