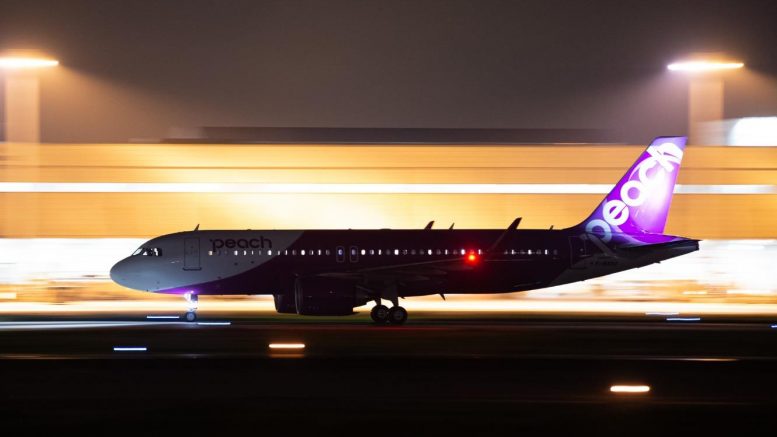 ・ 188 seats, eight more than conventional aircraft, are made possible by choosing the Space-Flex option

Peach is the first Japanese LCC to operate A320neo. Peach selected new-generation engine, CFM International LEAP-1A, as the first Japanese airline. After conducting preparation for safe operation, such as familiarization training by Maintenance units, the aircraft are scheduled to enter service on Oct. 25, 2020, the start of the winter schedule*1. With entering into service of the A320neo, number of fleet Peach operates will be 32.

A320neo uses a new generation engine and sharklet (large wing tip plate) to improve fuel efficiency by about 20% compared to the conventional A320ceo model.*2 In addition, with the Space-Flex option that enable an operator to change the cabin layout, the aircraft has mono-class 188 seat specification with eight more seats while keeping the same seating space as conventional aircraft. In addition, Peach ensures seating comfort by continuing to select the well-known Recaro pre-reclining seats introduced from aircraft number 24 (JA824P / in service March 2019).

* 2: According to the fuel efficiency data published by Airbus.

Be the first to comment on "First for Japanese LCC! Airbus A320neo to Enter Into Service Soon"