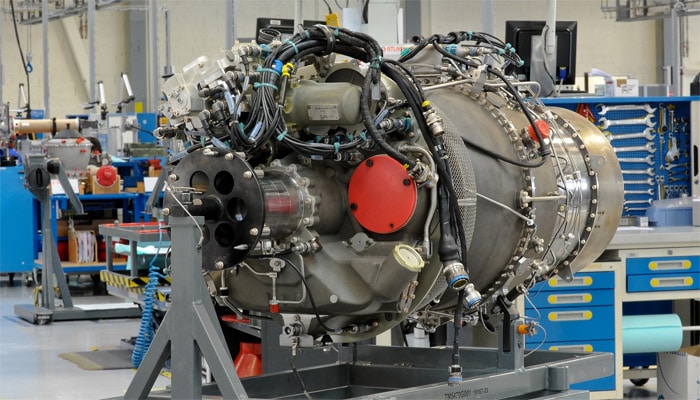 20 December 2016, Harbin
The first flight of the Avicopter AC352, powered with WZ16 engine, took place today in Harbin. The AC352 is a new seven-ton, twin-engine, multi-purpose rotorcraft jointly developed by Avicopter and Airbus Helicopters. The WZ16 met all the performance targets set for this maiden flight. Known in the west as the Ardiden 3C, the engine has been jointly developed by Safran Helicopter Engines, CAPI and Dongan, parts of the new Aero Engine Corporation of China (AECC) consortium, in a partnership for both development and production.
The WZ16 is a new-generation turboshaft in the 1,500 to 2,000 shp power class. It features a remarkably compact modular architecture, a best in class power to weight ratio with a low cost-of-ownership. Compared to the competition, it offers a 10 % lower fuel consumption.
“Such milestone achieved is the result of closer cooperation between both sides. Building on this, in the future, we will continue our cooperation toward the goal of engine certification at an early date” said Mr Qin Yuchun, President of AECC Dongan.”
Commented Safran Helicopter Engines EVP Programs, Cyrille Poetsch, “this flight both secures the AC352 development schedule and marks a major milestone in our partnership with China’s aerospace industry. Through this program Safran demonstrates its ability to successfully conduct new-generation engine design as part of an international partnership. This is also a significant step for Avicopter. Since its establishment in 1956, it has grown to become a major rotorcraft manufacturer. We are proud to be aboard their new-generation AC352 and wish them a happy 60th anniversary”.
WZ16 will be the first helicopter engine to be certified in parallel, both in China by CAAC (Civil Aviation Administration of China) and in Europe under Ardiden 3C designation, by EASA (European Aviation Safety Agency) under the Ardiden 3C designation. The EASA certification for the Ardiden 3C is expected by end of 2017, and the CAAC certification for the WZ16 in 2018.
With over 500 engines in operation, China represents a strategic market for Safran Helicopter Engines. One of every two Chinese-registered helicopters is equipped with a Safran engine or a licensed product. This level of business is the result of 40 years of cooperation with industry in China.

Safran is a leading international high-technology group with three core businesses: Aerospace (propulsion and equipment), Defence and Security. Operating worldwide, the Group has 70,000 employees and generated sales of 17.4 billion euros in 2015. Safran is listed on Euronext Paris and is part of the CAC40 index, as well as the Euro Stoxx 50 European index.
Safran Helicopter Engines is the world’s leading manufacturer of helicopter engines, with more than 72,000 produced since being founded. It offers the widest range of helicopter turboshafts in the world and has more than 2,500 customers in 155 countries.
For more information : www.safran-group.com and www.safran-helicopter-engines.com / Follow @Safran and @SafranHCEngines on Twitter