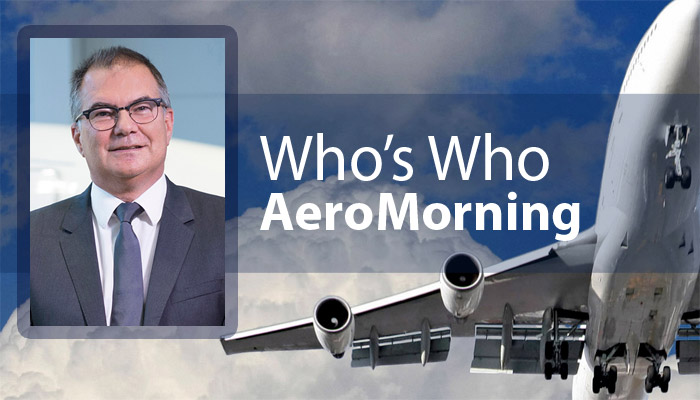 Didier Evrard to retire after 41 years at Airbus

Amsterdam, 14 December 2018 – Airbus SE (stock exchange symbol: AIR) has appointed Philippe Mhun, 56, as Chief Programmes and Services Officer for Airbus Commercial Aircraft, effective 01 January 2019. Mhun, currently Head of Customer Services at Airbus, will succeed EVP Head of Programmes Didier Evrard, 65, who retires around the turn of the year after 41 years associated with Airbus, 20 of those in top management positions.

“Supporting our customers with the most compelling product family while offering tailored services for their fleet – this is at the heart of Airbus and Philippe Mhun,” said Guillaume Faury, President Airbus Commercial Aircraft. ”With Philippe we are pleased to see those winning competences so nicely combined. His outstanding airline experience and customer mindset, his significant industrial and services expertise will surely provide a strong foundation for his future leadership.”

“Didier Evrard is the programme manager “par excellence”,” said Tom Enders, Airbus Chief Executive Officer. “It is largely thanks to his meticulous programme management skills and dogged determination that the A350 XWB, affectionately known as “mission impossible” in its early stages of development, has today become the widebody of choice for 45 of the world’s leading airlines, entering service in 2015 at an unmatched level of maturity in our industry. Didier went on to become Airbus’ Head of Programmes, leading the teams who have brought so many incremental developments to our customers and who support an in-service fleet of more than 10,500 Airbus planes worldwide. We are deeply grateful to Didier for his contribution to Airbus and we wish him an enjoyable next programme of rest and recreation.”

Evrard has been responsible for all of Airbus’ commercial aircraft programmes since 2015 and prior to this he led the A350 XWB programme from 2007. He started his career in 1977 as a test engineer for Matra. In 1998, he became Matra BAe Dynamics (MBD) Stand-Off Programme Director where he led the Storm Shadow/SCALP Programme. In 2003, he became Head of MBDA France and led the integration of MBD France and Aérospatiale Matra Missiles and later took over responsibility for all MBDA missile programmes.

Philippe Mhun will report to Guillaume Faury, who is due to succeed Tom Enders as Airbus CEO following the Airbus Annual General Meeting on 10 April 2019. Mhun will also become a Member of the Airbus Executive Committee.

Throughout his entire career at Airbus, Philippe Mhun – Senior Vice President and Head of Customer Services since 2016 – has focussed on delivering the best services to customers across programmes. He has also been supervising the Services by Airbus unit and affiliated subsidiaries such as Satair and NAVBLUE. Mhun joined Airbus in 2004 as Vice President of the A380 Programme and quickly expanded his scope to become Vice President Programmes in Customer Services, leading all in-service programmes. Between 2013 and 2016 he worked in procurement with responsibility for Equipment, Systems and Support.

Before joining Airbus, Philippe Mhun held various positions within Air France and the former French airline UTA between 1986 and 2004. He was involved in new aircraft programme entryinto- service, engineering and maintenance.

Born in 1962 and married with three children, Philippe Mhun holds a degree in mechanical engineering from the Applied Sciences National Institute (INSA Lyon).