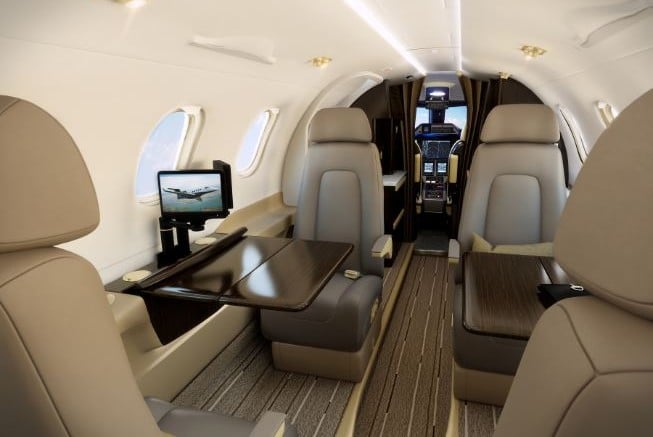 São José dos Campos, Brazil, February 23, 2016 – The Embraer Phenom 300 was the most-delivered business jet in the world in 2015 for the third consecutive year, with 70 aircraft received by customers around the globe.

“We would like to thank our customers for their confidence and continuing relationship, which has enabled the Phenom 300 to enjoy successful acceptance worldwide since its launch,” said Marco Tulio Pellegrini, President & CEO, Embraer Executive Jets. “The Phenom family’s design was based on the highest industry requirements, combining the attributes of a best-in-class aircraft. To have the most-delivered business jet in the world for the third consecutive year is a true recognition that we have achieved our commitment to design game-changing products to meet operators’ needs.”

Recognized as one of the most desirable light jets by fractional programs, charter services, corporate flight departments and owner-pilots, 320 Phenom 300s are in operation in 28 countries. To date, the fleet has accumulated close to 300,000 flight hours. The Phenom 300 also was the most-delivered business jet in 2013 and 2014.