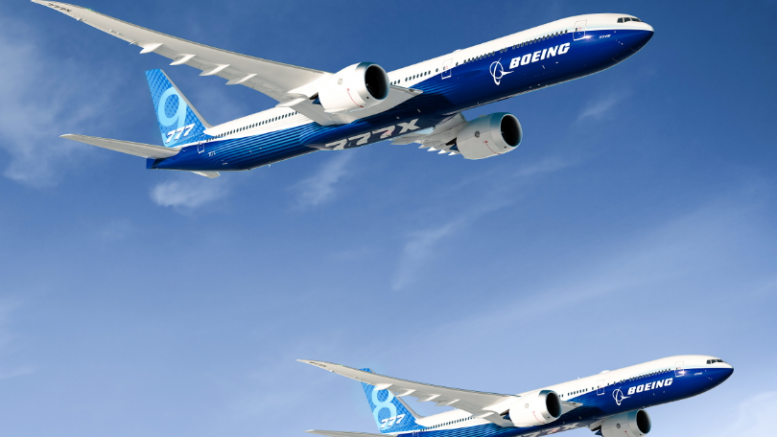 In 2007, the Liebherr-Aerospace office in Seattle, Washington (USA) started out with a core team of three people to support the 747-8 Environmental Control System developed and manufactured by Liebherr for the Boeing 747-8. Today the team counts 11 highly specialized and motivated team members. In 2020, they celebrated the first flight of Boeing’s latest aircraft, the Boeing 777X.

Seattle, Washington (USA), May 2020 – Despite the fact that the office is called “Liebherr Seattle office”, the location is de facto in Everett, WA. Since 2009, the team is led by General Manager Dietmar Klauber. “Our liaison office functions as an interface between Boeing and Liebherr-Aerospace OEM sites in Lindenberg and Toulouse”, explains Klauber the mission and vision of this office. “We are thus ensuring a high proximity between both companies during on-going as well as possible future aircraft programs. We are able to provide Boeing with a high level of support and reactivity, meeting the requirements of all present programs.”

Today, the office hosts a team of 11 employees, who interact daily with Boeing engineers. Bernhard Bauer works for Liebherr since 1999 and in Seattle since 2009. He is one of the liaison engineers and leading the engineering team in the Liebherr office. “Not only do we need to have the necessary technical and product knowledge, we also need to master soft skills – such as understanding cultural differences, effective problem solving, ability to prioritize tasks, and interact with all levels of stakeholders”, states Bauer. With each product having its own dedicated liaison engineer, this office structure yields vast product knowledge and expertise. For example, there is a dedicated engineer to the 747-8 air conditioning and Environmental Control Systems (ECS), there is another engineer dedicated to the 777X folding wing tip, and the list goes on. With each engineer responsible for specific systems, accountability, problem resolution and communications between Boeing’s staff and Liebherr-Aerospace’s OEM facilities staff become very effective and streamlined.

While having the future in mind, the team is preparing to master the latest quality methodologies, such as APQP (Advanced Product Quality Planning) and MBSE (Model Based Systems Engineering). “Our aim is to constantly strive to even better support our customer and meet their expectations”, comments Dietmar Klauber. “Expanding our business from the civil aviation sector into the military arena could be a possibility.”

Liebherr-Aerospace is a leading supplier of systems for the aviation industry and has more than six decades of experience in this field. The range of aviation equipment produced by Liebherr for the civil and military sectors includes flight control and actuation systems, gears and gearboxes, landing gear and air management systems as well as electronics. These systems are deployed in wide-bodied aircraft, single aisle and regional aircraft, business jets, combat aircraft, military transporters, military training aircraft, civil helicopters and combat helicopters.

About the Liebherr Group

The Liebherr Group employs over 48,000 people in more than 130 companies across all continents. In 2019 Liebherr achieved a total consolidated turnover of more than 11.7 billion euros. As a global family-run technology company the Group is one of the world’s largest manufacturers of construction machines and is recognised for developing technically advanced and user-oriented products and services. Liebherr was founded in Kirchdorf an der Iller in southern Germany in 1949.