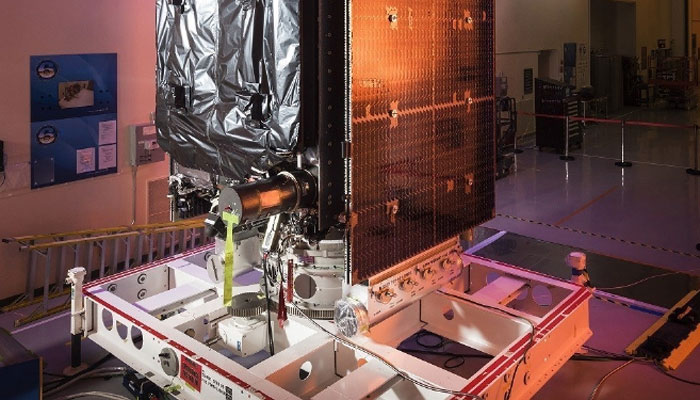 The next SBIRS satellite, GEO Flight 4, is in storage and will undergo final assembly, integration and test operations prior to its planned 2017 launch. SBIRS GEO-5 and GEO-6, which are currently in production, incorporate the new modernized A2100 spacecraft to dramatically reduce costs and cycle times while increasing the potential to incorporate future, modernized sensor suites.

Headquartered in Bethesda, Maryland, Lockheed Martin is a global security and aerospace company that employs approximately 125,000 people worldwide and is principally engaged in the research, design, development, manufacture, integration and sustainment of advanced technology systems, products and services.

Lockheed Martin is the Title Sponsor of the Astronaut Training Experience

Be the first to comment on "The U.S. Air Force’s Next SBIRS Missile Warning Satellite Ships to Cape Canaveral for October Launch"