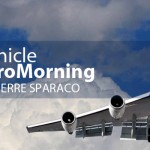 Aviation safety has reached a high level – higher for some than for others.

Passengers do not all enjoy the same level of air traffic safety. In the former USSR, the average accident rate is nearly eight times higher than in the rest of the world. And it is more than twice as high as the average in Africa.
We should bear these differences in mind when looking at the statistics for 2008, which are very good with 0.13 accident victims per million passengers, compared with 0.23 in 2007 and 0.24 the previous year.
Of course, these are the sort of abstract figures that the insurance companies like. In more day-to-day terms, last year, 109 accidents occurred ranging from minor to serious, with 20 involving loss of life, for a total of 502 fatalities, among 2.3 billion passengers.
At the risk of sounding repetitive, from one year to the next, it remains important to point out, to hammer home the fact that the airways are extremely safe. And in the same spirit, it should be added that air traffic safety tends to improve in absolute terms, despite the fact that the world fleet is growing, and that the number of flights is increasing. However, there is little point in hoping for a new leap forward. Unfortunately, the notion of “zero accidents” is a myth.
Moreover, as news of the past few weeks reminds us, the accidents which happen from time to time in “our” countries are often highly technical, or due to “acts of God,” such as the recent crash of a Dash 8 in the United States, or the spectacular landing of a US Airways A320 on the Hudson River. These two accidents clearly illustrate that aspect.
The US National Transportation Safety Board has barely begun its investigation of the Dash 8 accident, but it appears that it may have resulted from a series of extremely technical issues, related to approach aids on the one hand, and the particular terrain (a valley), which was overflown at the time control was lost, with ice as a contributing cause. Will we one day be able to eradicate such risk factors? It seems quite unlikely.
The successful water landing of US Airways flight 1549 refocused the entire aeronautics community on the dire reality of bird-strike hazards.
Many measures have been taken, and although sometimes they prove to be insufficient, it is not easy to bring additional improvements. Large geese flying in close formation a few hundred meters from the ground are not affected by dissuasive measures deployed at the airports, and the engines which are already subject to strict requirements, probably cannot be “hardened” much more than they are now.
However, as IATA has pointed out to many other authorities, certain causes of accidents remain perplexing. For example, the statistics for 2008 show that 25% of accidents happened on the ground, and not in the air, taking the form of collisions due to runway incursions, in other words, the conflicting presence of two aircraft on the same runway.
Such problems seem unpardonable, since one way or another, they result from a loss of vigilance, or worse from misunderstanding between pilots and controllers. And simple inattentiveness is often a contributing factor.
In fact, additional progress seems possible, and unceasing efforts are devoted to it. And African countries, thanks to encouragement and support, are showing progress. On the other hand, Russia and its former satellites are bogged down with an aging, often poorly maintained aircraft fleet, or even poor quality fuel. If Vladimir Putin is concerned with the country’s image and grandeur, he should make that a priority.
More generally, it has been demonstrated that air safety cannot afford the slightest weakness. Thanks to constant attention, it has now attained a level that seemed hopelessly out of reach ten to twenty years ago. But that does not prevent anyone from adding “could do better.”
Pierre Sparaco-AeroMorning
Translated by Tim Bowler