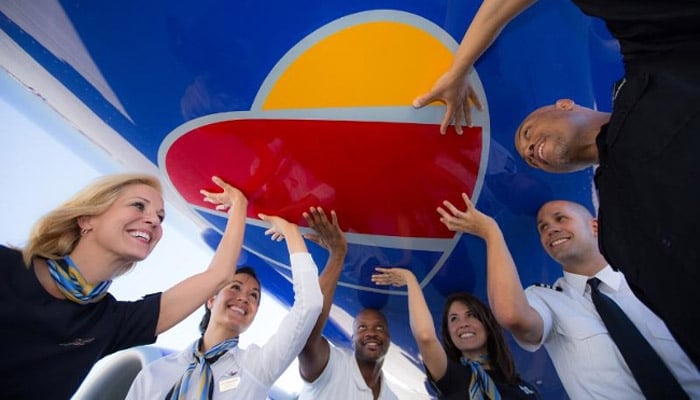 Cargo is flying high after recently being named the nation’s best carrier for air cargo. For the seventh straight year, Southwest earned the Airforwarders Association’s (AFA) “Domestic Carrier of the Year,” award. The airline earned the honors for its ontime performance, Customer Service, problem resolution, overall value, and much more.

“We are very grateful for this powerful source of Customer recognition. Providing Hospitality and Reliability through Teamwork is a major priority at Southwest Airlines,” said Matt Buckley, Southwest Airlines’ Vice President Cargo & Charters. “Our Cargo, Ramp, and Operations Employees continue to demonstrate the strength of their commitment to our Cargo Customers by meeting or exceeding their expectations on a daily basis with friendly, reliable service.”

“We are proud that once again, Southwest Cargo has been voted as the Airforwarders Association’s 2016 Domestic Carrier of the Year,” said Brandon Fried, Airforwarders Association’s Executive Director. “In this highly demanding and competitive marketplace, AFA members know that they can depend on Southwest Cargo for fast and reliable service to satisfy their customers. We look forward to our continuing partnership as Southwest expands to new markets and cargo-related opportunities.”

The honors are still landing at Southwest’s Dallas Headquarters. Express Delivery and Logistics Association (XLA) recognized the carrier for its outstanding 2015 performance by presenting it with the Express Cargo Standard of Excellence award.

The XLA reviewed airline performance of the express cargo segment. Airlines were judged with a combination of factors including ontime performance, expedited products, technology offerings, XLA member feedback, and more.

“The Express Delivery and Logistics Association (XLA) is delighted to announce that Southwest Airlines has been awarded our Association’s Standard of Excellence award for outstanding service to the express cargo community in 2015,” said Jim Conway, Executive Director, XLA.

Southwest Airlines’ Relentlessly Reliable Employees offer Cargo Customers award-winning, expedited air cargo service to destinations across the map, including complimentary Road Feeder Service and interline destinations. With our extensive domestic network and over 3,900 departures a day during peak travel season, we have the flights you need to meet your shipping requirements. Learn more about how Southwest Cargo can help you with your shipping needs by visiting swacargo.com.

In its 46th year of service, Dallas-based Southwest Airlines (NYSE: LUV) continues to differentiate itself from other air carriers with exemplary Customer Service delivered by more than 50,000 Employees to more than 100 million Customers annually. Southwest operates more than 3,900 departures a day during peak travel season across a network of 98 destinations in the United States and seven additional countries. The U.S. Department of Transportation has awarded Southwest authority to serve the Cuban airports in Veradero and Santa Clara from Ft. Lauderdale. The Company awaits a final determination on its pending application to serve Havana from three airports in Florida.

Based on the U.S. Department of Transportation’s most recent data, Southwest Airlines is the nation’s largest carrier in terms of originating domestic passengers boarded. The Company operates the largest fleet of Boeing aircraft in the world, the majority of which are equipped with satellite-based WiFi providing gate-to-gate connectivity. So that connectivity enables Customers to use their personal devices to view video on-demand movies and television shows, as well as more than 20 channels of free, live TV compliments of our valued Partners. Southwest created Transfarency?, a philosophy which treats Customers honestly and fairly, and in which low fares actually stay low. Southwest is the only major U.S. airline to offer bags fly free® to everyone (first and second checked pieces of luggage, size and weight limits apply, some airlines may allow free checked bags on select routes or for qualified circumstances), and there are no change fees, though fare differences might apply. So in 2014, the airline proudly unveiled a bold new look: Heart. The new aircraft livery, airport experience, and logo, showcase the dedication of Southwest Employees to connect Customers with what’s important in their lives.

From its first flights on June 18, 1971, Southwest Airlines launched an era of unprecedented affordability in air travel described by the U.S. Department of Transportation as “The Southwest Effect,” a lowering of fares and increase in passenger traffic whenever the carrier enters new markets. With 43 consecutive years of profitability, Southwest is one of the most honored airlines in the world, known for a triple bottom line approach that contributes to the carrier’s performance and productivity, the importance of its People and the communities they serve, and an overall commitment to efficiency and the planet. The 2015 Southwest Airlines One Report? Because can be found at SouthwestOneReport.com.