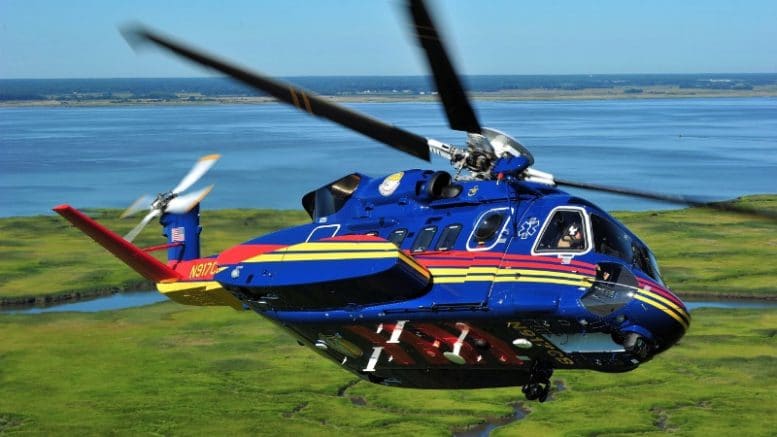 The helicopter will perform the critical mission of search and rescue operations (SAR) for all NSB residents. The aircraft was selected to provide a safe, efficient and reliable airborne response to aero medical evacuation (medevac), SAR and other emergencies. NSB is located above the Arctic Circle and experiences some of the harshest cold weather conditions in the world, with temperatures as low as -55 degrees C with the wind chill. According to the U.S. Census Bureau, NSB has a total area of 94,796 square miles of which 88,695 are land and 6,101 are water, thus the need for a long-range, all-weather capable aircraft.

“We are pleased that North Slope Borough residents have selected the S-92 helicopter to meet their critical missions in some of the harshest environments in the world,” said Sikorsky Vice President, Commercial Systems & Services Dana Fiatarone. “With more than 91,000 search and rescue missions completed to date globally, the S-92 helicopter is a proven multi-mission platform that can perform in long-range, all weather operations.”

In its milestone year, the fleet of over 275 aircraft has surpassed more than one million flight hours since 2004. NSB’s selection of the S-92 helicopter adds to Sikorsky’s product line operating “on top of the world,” as NSB describes the region.

In addition to SAR, 11 nations currently fly the dual-engine, S-92 helicopter for their head of state missions. In May 2014, The U.S. Navy selected Sikorsky for the U.S. Presidential Helicopter Replacement Program, using the S-92 platform. S-92 helicopters also perform oil and gas transportation missions, and a variety of transportation missions for utility and airline passengers.

Headquartered in Bethesda, Maryland, Lockheed Martin is a global security and aerospace company that employs approximately 98,000 people worldwide and is principally engaged in the research, design, development, manufacture, integration and sustainment of advanced technology systems, products and services.