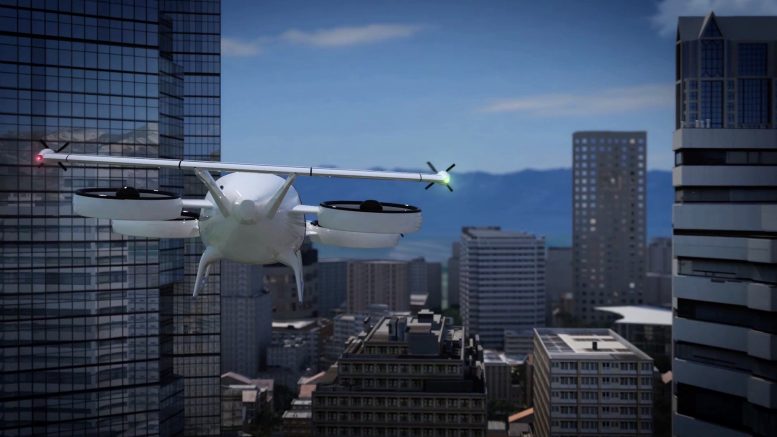 Safran Electrical & Power, one of the world leaders in aircraft electrical systems, and Pyroalliance, an expert in pyrotechnic equipment, signed a partnership agreement to develop and industrialize emergency pyrotechnic electrical shutdown solutions. These solutions are for high-power electric networks on future generation aircraft, including air taxis, commuter planes, and hybrid regional planes.

For several years now, Safran Electrical & Power has been involved in a disruptive market influenced by the electrification of aircraft propulsion and the development of high-power aeronautical electrical networks with
voltages ranging from 800 to 1200 volts. Given the constraints associated with the high power levels which come with aeronautic electric mobility, Safran Electrical & Power has been working on new high-voltage circuit breaker solutions to provide instantaneous protection of on-board electrical networks in the event of an electric arc.

The partnership agreement signed by Safran Electrical & Power and Pyroalliance aims to develop emergency pyrotechnic electrical shutdown solutions with ultra-rapid action (on the order of a millisecond) to “outpace” the threat of an electric arc.

The French Civil Aviation Authority (la Direction Générale de l’Aviation Civile) is providing 50% of the funding for this partnership as part of an agreement under the French Recovery Plan, which aims to increase the maturity of “protection technologies for electric propulsion systems.” The partners plan to develop and test prototypes for pyrotechnic electrical shutdowns and demonstrate the viability of their solution by 2022, aiming for mass market applications as soon as 2023.

“We have chosen to join forces with Pyroalliance, a specialist in pyrotechnic equipment, to put the reliability and extreme speed of its pyrotechnic solutions to use protecting on-board electrical networks. The objective is to create a single product with multiple functions (namely the electrical cut-off and contactor functions) that are usually performed by different components.

This is a disruptive innovation that will help us maintain our technological lead in propulsion electrification,” stated Hervé Blanc, Executive Vice President and General Manager of the Power Division at Safran Electrical & Power.
“Pyroalliance is enthusiastic about working on this project alongside Safran Electrical & Power, a top notch partner for many aircraft manufacturers thanks to its comprehensive expertise in the entire energy system on board aircraft. This partnership fulfills Pyroalliance’s strategic desire to capitalize on its experience with emergency safety systems to strengthen its portfolio of solutions on high-growth markets such as those
related to 100% electric or hybrid electric applications,” stated Vincent Peypoudat, the CEO of Pyroalliance.

Safran is an international high-technology group, operating in the aviation (propulsion, equipment and interiors), defense and space markets. Its core purpose is to contribute to a safer, more sustainable world, where air transport is more environmentally friendly, comfortable and accessible. Safran has a global presence, with 79,000 employees and sales of 16.5 billion euros in 2020 and holds, alone or in partnership, world or regional leadership positions in its core markets.
Safran is listed on the Euronext Paris stock exchange and is part of the CAC 40 and Euro Stoxx 50 indices.
Safran Electrical & Power is one of the world’s leaders in aircraft electrical systems. The company is a key player in the equipment electrification & in the electric and hybrid propulsion sector. It has 11,500 employees across 13
different countries.
For more information: www.safran-group.com and www.safran-electrical-power.com