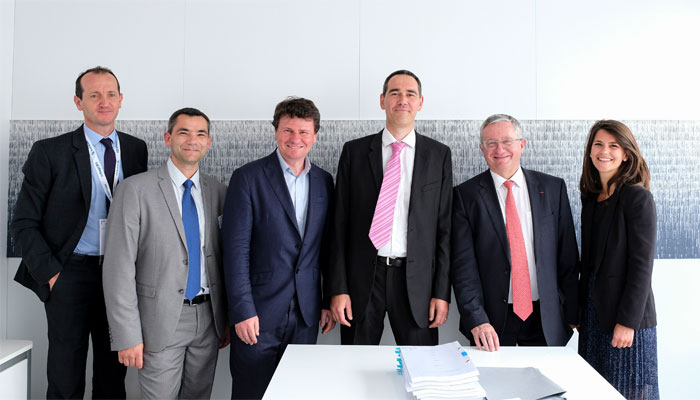 Safran Electrical & Power has acquired Neelogy, a French start-up that has developed a disruptive technology for electrical current sensors that are tailored to the needs of the more electric aircraft, as well as hybrid and totally electric propulsion.

Since 2006, Neelogy has been developing and marketing DC and AC current measurement sensors of unrivaled precision, which completely eliminate remanence thanks to their exceptional magnetic properties. In particular, the patented Neel Effect® sensor technology makes it possible to measure high intensity direct currents over a wide range of intensities without overheating. Extremely compact, lightweight and capable of withstanding harsh operating conditions, the sensors meet the growing needs of aeronautics in terms of electrical power management: high-power, energy storage and network monitoring.

“We are delighted with this purchase and have high expectations because Neelogy’s technology is really unique and will bring real added value to our electrical systems. There has been no breakthrough in the field of current sensors for 20 years, even though they represent a key element in electrical distribution, power management and electrical network monitoring,” said Alain Sauret, President of Safran Electrical & Power.

“I am pleased that the Neel Effect® sensor technology we have been working on for years is now finding a solid industrial backing and, what is more, in the aeronautical industry, which is currently the best sector in which to showcase our invention. Today we are entering a new chapter in our history,” said Lionel Cima, co-founder and CEO of Neelogy.

Safran Electrical & Power is one of the world’s leaders in aircraft electrical systems. The company is a key player in the equipment electrification of electric and hybrid propulsion sector. It has 12,400 employees across 12 different countries.