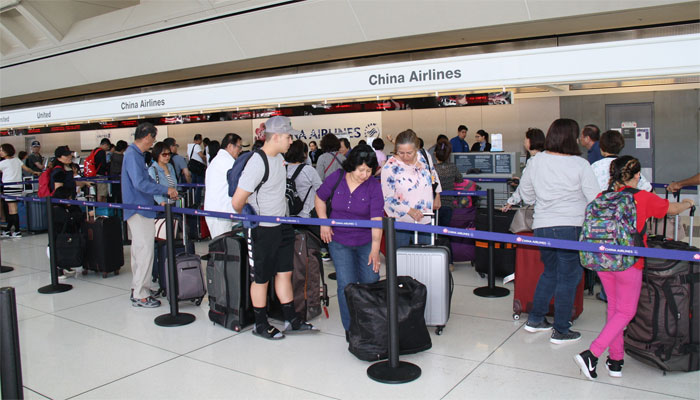 ONTARIO, Calif., March 22, 2019 /PRNewswire/ — More than 363,000 airline passengers moved through Southern California’s Ontario International Airport (ONT) in February, an increase of 2.7%, or roughly 10,000 travelers, over the same month last year. The increase was driven by a 188% jump in international travelers.

The number of international passengers rose to more than 20,000 last month, from 7,000 in February 2018. Meanwhile, the number of domestic travelers decreased slightly from almost 347,000 to approximately 343,000, a change of slightly more than 1%.

“Ontario continues to prove itself a viable international gateway in Southern California,” said Mark Thorpe, chief executive officer of the Ontario International Airport Authority. “While we might see minor fluctuations in domestic travel from time to time for reasons not unique to Ontario, international customers are choosing the ease of access, convenience and amenities that have become hallmarks of America’s fastest-growing aviation gateway.”

About Ontario International Airport Ontario International Airport (ONT) is the fastest growing airport in the United States, according to Global Traveler, a leading publication for frequent fliers. Located in the Inland Empire, ONT is approximately 35 miles east of downtown Los Angeles in the center of Southern California. It is a full-service airport with nonstop commercial jet service to 19 major airports in the U.S., Mexico and Taiwan, and connecting service to many domestic and international destinations. There is an average of 67 daily departures offered by nine air carriers. More information is available at www.flyOntario.com. Follow @flyONT on Facebook, Twitter, and Instagram