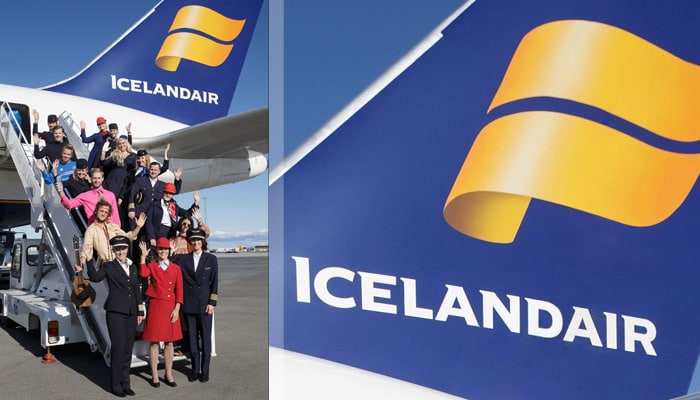 Icelandair Presents the Past, Present and Future of In-flight Entertainment with Live Performances at 35,000 Feet

Airline staff and actors star in ‘Ahead of Time,’ an immersive theatre production in the skies.

QUINCY, Mass., Sept. 12, 2017 /PRNewswire/ — Icelandair, an aviation leader since 1937, recently pioneered a new form of in-flight entertainment: the immersive on-board theatre production, ‘Ahead of Time’. The show, which took place over 11 hours and across three countries, featured Icelandair staff as well as trained actors from the theatre group Gideon Reeling. The one-of-a-kind performance utilized the transatlantic journey as a unique stage for Icelandair passengers, engaging with the onboard audience from check-in at London Heathrow to touchdown at New York’s JFK International. 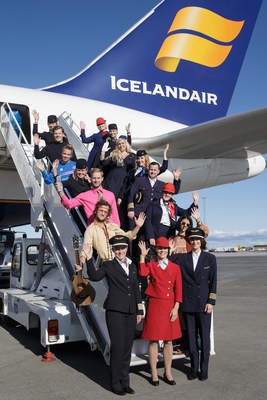 In celebration of Icelandair’s 80th anniversary, the plotline of ‘Ahead of Time’ championed the airline’s history as pioneers of modern day travel. Edda, the play’s lead character, took the audience on an inspiring and entertaining journey through time with characters spanning across 80 years and beyond. Mirroring the airline’s progressive and forward-thinking philosophy, Edda shared her story with themes of female empowerment and equality.

Passengers experienced life before the internet, on board entertainment and gate-to-gate Wi-Fi, providing an understanding of flight bookings prior to the digital age when they were written on cards and stored in a shoebox. Audience members were also treated to a menu inspired from the 1950’s, a safety demonstration given by an air hostess from the swinging sixties, a modern ballet performance at the boarding gate and even serenaded by a farmer from 1937 singing an Icelandic folk song.

‘Ahead of Time’ is the first in the Stopover Pass series, a run of free performances for Icelandair passengers all staged in celebration of the airline’s 80th year of operation.

Icelandair’s history demonstrates their commitment to passengers and shows how they’ve continued to fly in the face of changing times and adversity. Birkir Hólm Guðnason, CEO at Icelandair, comments, “Throughout our 80 years, Icelandair has always put our customers first. We’re pleased to pioneer this new form of entertainment while offering a refreshing Icelandic experience and value-added services for passengers.”

To find out more about the ‘Ahead of Time’ and transform your boarding pass into a Stopover Pass visit: icelandair.us/stopover-pass.

ABOUT ICELANDAIRIcelandair offers service to and from Iceland through Icelandair’s hub at Keflavik International Airport serving 19 destinations in North America and more than 25 destinations in Scandinavia, the U.K., and Continental Europe. Icelandair also allows passengers to take an Icelandair Stopover for up to seven nights at no additional airfare.

Is This the ‘Coolest’ Plane Ever? Step Into a Glacier Before you Arrive in Iceland, with Icelandair

Be the first to comment on "Icelandair Presents the Past, Present and Future of In-flight Entertainment"