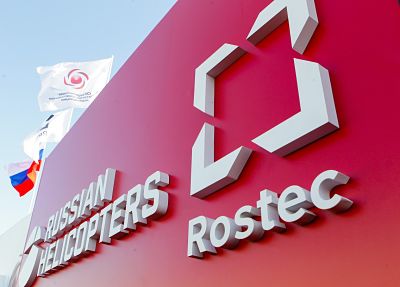 The contact covers overhaul of Mi-172 and its system organized on-site by HSC. The work will be carried out by HSC specialists in a service center in Jeonju, authorized by the Russian Helicopters holding company.

“Helicopter Service Company has extensive experience in repairing Russian helicopters operated in the Republic of Korea, and another contract demonstrates the high level of trust that our customers have towards us. The document signed today will allow us to extend the service life of the Mi-172 helicopter used by the South Korean aviation to perform a wide range of operations,” said the Managing Director of HSC Ivan Serov.

Mi-172 is one of the Mi-17 series of helicopters that is certified for passenger transportation and has established itself as a reliable rotorcraft with a high level of safety. Mi-172 comes with a twin-engine power unit, powering a traditional single main rotor and tail rotor design. Improved performance of the helicopter meets special requirements for passenger transportation. In addition to the passenger and VIP modifications there are also transport, medical and evacuation, search and rescue, military and firefighting models of this rotorcraft. Specific features of Mi-172 include engine with high power output, excellent altitude characteristics, spacious cockpit, various options of avionics, autonomous preparation for flights and maintenance.

Russian Helicopters, a part of Rostec State Corporation, is a leading player in the global helicopter industry, the sole Russian designer and manufacturer of helicopters. The Holding Company was established in 2007 and is headquartered in Moscow. We operate five helicopter assembly plants, two design bureaus, component production and maintenance enterprises, aircraft repair plants and one helicopter service company providing after-sales support in Russia and abroad. The customers of the Holding Company are the Ministry of Defense, the Ministry of Home Affairs, EMERCOM of Russia, and other state customers, Gazpromavia, UTair Aviation company, large Russian and foreign companies.

Rosteс State Corporation is one of the largest industrial companies in Russia. It unites more than 800 scientific and industrial organizations in 60 regions of the country. Its key areas of activity are aircraft engineering, radioelectronics, medical technologies, innovative materials, etc. The corporation’s portfolio includes such well-known brands as AvtoVAZ, KAMAZ, UAC, Russian Helicopters, UEC, Uralvagonzavod, Shvabe, Kalashnikov, etc. Rostec is active in the implementation of all 12 national projects. The company is a key provider of Smart City technology, it is engaged in the digitalization of public administration, industry and social sectors, and it is developing plans for the development of 5G wireless technologies, an Industrial Internet of Things, big data and blockchain systems. Rostec partners with leading world manufacturers such as Boeing, Airbus, Daimler, Pirelli and Renault. The corporation’s products are delivered to more than 100 countries worldwide. Almost a third of the company’s revenue comes from the export of high-tech products.