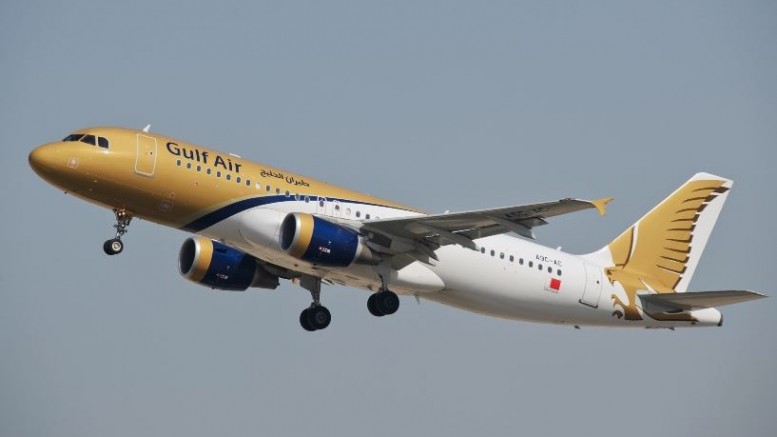 Manama, Kingdom of Bahrain – 24 December 2015: Gulf Air, the Kingdom of Bahrain’s national carrier, today released the results of its quarterly Customer Satisfaction Survey results for Q3 2015. Customer comments for the period from July to September 2015 revealed an overall 31% increase in compliments, a 6% decrease in complaints and a 26% increase in the distribution of Staff Appreciation Vouchers compared to the same period last year.

Significantly, the passenger feedback reflected the positive impact made by Gulf Air’s cabin crew performance including appearance, responsiveness and availability – all delivering the highest rating for Q3 – while also revealing an increase in popularity and positive feedback on the airline’s Falconflyer Programme which this year celebrated its 20th anniversary and launched a new, premium Black tier Falconflyer loyalty programme card – introducing a host of new benefits for Gulf Air’s most elite level of frequent flyer programme members and supplementing the programme’s existing Blue, Silver and Gold loyalty program tiers.

Passenger feedback on their selection of Gulf Air revealed four important aspects for their choice of Bahrain’s national carrier and these did not vary throughout the year, even though their ranks might slightly change from one quarter to another: most convenient departure/arrival time (49%), non-stop flights (31%), lower fare (31%) and good value for money (26%). In line with this, 2015 saw Gulf Air increase its total number of flights by approximately 1,000 including increasing schedule frequencies for more convenient and seamless movement across the airline’s network. With a focus on connectivity for convenience, Gulf Air boasts one of the largest networks in the Middle East and operates double daily (or more) flights to 10 regional cities in addition to select destinations in the Indian Subcontinent and Europe, from its hub at Bahrain International Airport. The airline offers regular fare promotions via its official website gulfair.com for travel across its network.

Gulf Air A/Chief Commercial Officer Mr. Ahmed Janahi said, “These results are further testimony to our continuous efforts towards improving our customer service across all fronts. We have embarked on an aggressive revamping of our products and services over the past year that has received excellent feedback from customers, as reflected in these survey results. We continue to do so in line with our mission to deliver a superior travel experience to all and I am delighted with our progress to date.”

The quarterly surveys serve to assess satisfaction across several Gulf Air customer touch points, helping the airline to gauge passenger perceptions and providing an integral tool in the airline’s continuing assessments. As a result of these surveys various developments are put into action. Over the past year, Gulf Air’s efforts to provide an enhanced, seamless travel experience to its customers have seen the airline successfully complete the highly anticipated retrofit of its Airbus A330 aircraft – upgraded with fully-flat bed seats in the airline’s Falcon Gold Class, revamped seats in Economy Class and a state-of-the-art in-flight-entertainment system throughout – most recently supplemented when Gulf Air became the first airline in the Middle East to launch BBC Worldwide’s three newest genre brands onboard: BBC Brit, BBC Earth and BBC First.

In tandem, Gulf Air continues to rationalize its operations in its mission to realize commercial sustainability, with progressively improving financial and operational results year-on-year since its 2013 restructuring. Progressively improving business results have reduced the airline’s financial losses by approximately 85% since 2012 and, today, Gulf Air’s strategic direction has shifted – a sure sign of its ongoing recovery and a permanent, positive change in its financial trajectory.