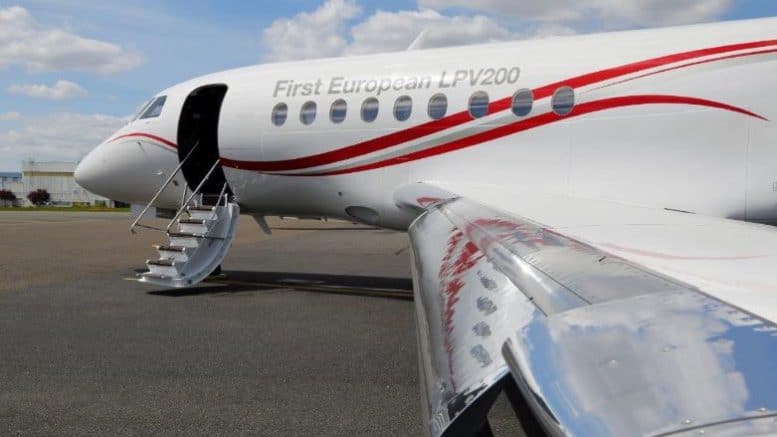 France was the first European country to publish approach procedures permitting EGNOS LPV200 service with a 200 ft (60 m) minima, the same level of performance as permitted by WAAS and ILS Cat 1. The EGNOS LPV service was introduced in 2011 but only to a decision height not lower than 250 ft. Dassault’s Falcon 900LX was at that time the first aircraft to fly an EGNOS LPV250 approach (performed in Pau, France early the same year). LPV approaches make it possible to land at facilities not equipped with expensive instrument landing systems, which includes many small regional and local airports. Lowering the decision height from 250 ft to 200 ft provides a substantial operational benefit in poor weather and low visibility conditions.

“The accuracy and stability of LPV guidance is really amazing, much better than with ILS,” said Dassault test pilot Jean-Louis Dumas, who was at the controls alongside operational pilot Olivier Perriaud during the EGNOS LPV200 trials. “Lowering the minima to 200 ft will be a great boon for European business aviation operations.”

All in-production Falcon Jets are equipped with Dassault’s second generation EASy II avionics suite, which is designed to support LPV200 and other new navigation features.