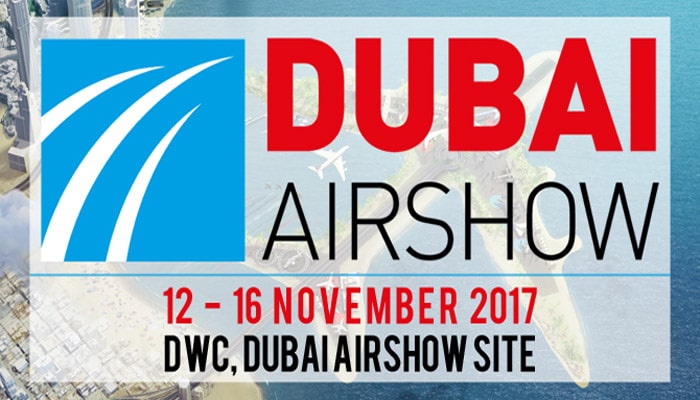 Dubai, United Arab Emirates, November 14, 2017 – Embraer today announced the enhancement of the flight experience aboard its Legacy 450 and Legacy 500 mid-cabin business jets. The cabin altitude of these two revolutionary aircraft is already considered among the lowest on the market, but the maximum cabin altitude has been further reduced to a best-in-class 5,800 ft (1.768 m). This announcement was made during a press conference at the 2017 National Dubai Air Show, in Dubai, UAE.

“With our focus on value, the Legacy 450 and Legacy 500 are setting new standards for the midsize cabin segments,” said Michael Amalfitano, President & CEO, Embraer Executive Jets. “These aircraft are beautifully designed and brilliantly engineered, and they will continue to elevate the experience that we provide our customers.” 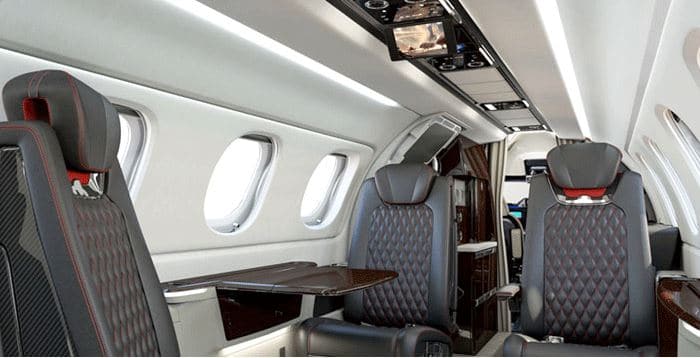 Launched in 2008, the Legacy 500 and Legacy 450 entered the market in 2014 and 2015, respectively. Deliveries of these aircraft with new the cabin altitude enhancement will commence in the first quarter of 2018 when the upgrade also becomes available to the installed fleet.

The Legacy 450 is a mid-light business jet with a best-in-class 6-foot-tall flat-floor cabin. The Embraer DNA Design of the cabin includes four fully reclining club seats may be berthed into two beds for complete rest in a 5,800-foot cabin altitude. The optional in-flight entertainment system consists of a high-definition video system, surround sound, and multiple audio and video input options. Voice and data communications options are also available. The cabin includes a refreshment center at the entrance, a rear private lavatory with a vacuum toilet and an in-flight-accessible baggage area. The total baggage space is the largest in the aircraft’s category.

The Legacy 450 is powered by two advanced, fuel-efficient Honeywell HTF 7500E turbofan engines, the greenest in their class. With four passengers and NBAA IFR Reserves, the Legacy 450 is capable of flying 2,900 nm (5,371 km), which enables non-stop flights from San Francisco to Honolulu, São Paulo to Bogotá, Moscow to Mumbai, New Delhi to Singapore, Singapore to Beijing, Beijing to Kuala Lumpur, or Hong Kong to Alice Springs.

The Legacy 500 has the best-in-class six-foot flat-floor cabin, which is comparable to those of some aircraft in the super midsize category. The Embraer DNA Design of the cabin includes eight club seats may be berthed into four beds for complete rest in a cabin altitude of 6,000 feet. The in-flight entertainment system consists of a high definition video system, surround sound, multiple audio and video input options, a cabin management system, and three options for voice communications and connectivity.

The Legacy 500 is capable of flying at 45,000 feet and is powered by two Honeywell HTF7500E engines, the greenest in their class. Taking off from airfields as short as 4,084 ft, the Legacy 500 has a range of 3,125 nautical miles (5,788 kilometers) with four passengers, including NBAA IFR fuel reserves, which enables it to fly nonstop from Los Angeles to Honolulu, or Teterboro to London.

Embraer is one of the world’s leading executive jet manufacturers, having entered the business aviation market in 2000 with the Legacy jet, which led to the launch of Embraer Executive Jets in 2005. Its portfolio, the broadest in the market, consists of the entry-level Phenom 100 and the light Phenom 300E jet, the midsize Legacy 500 and mid-light Legacy 450, the large Legacy 650E, and the ultra-large Lineage 1000E. Embraer Executive Jets’ global fleet exceeds 1,100 aircraft, which are in operation in more than 70 countries and are supported by the Company’s global Customer Support and Services network of over 70 owned and authorized service centers, complemented by a 24/7 Contact Center, at its headquarters, in Brazil.

Be the first to comment on "Embraer Introduces Best-in-Class 5,800-feet Cabin Altitude on its Business Jets"