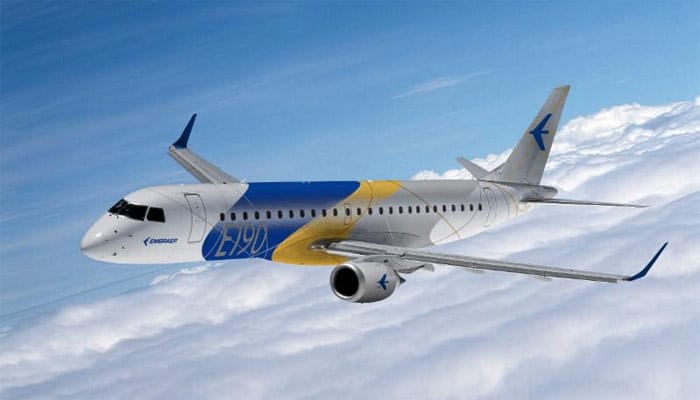 Amsterdam, Netherlands, December 4th, 2018 – Embraer has signed a firm contract for three E190 aircraft with Nordic Aviation Capital (NAC), the global leader in regional aircraft leasing. This agreement was announced as a Letter of Intent (LoI) in July at the 2018 Farnborough Air Show. The firm order has a value of USD 156 million, based on Embraer’s list prices, and will be included in Embraer’s fourth quarter backlog.

These new aircraft will join the existing 155 E-Jets currently owned by NAC.

Embraer is the world’s leading manufacturer of commercial jets up to 150 seats. The Company has 100 customers from all over the world operating the ERJ and E-Jet families of aircraft. For the E-Jets program alone, Embraer has logged almost 1,800 orders and 1,400 deliveries, redefining the traditional concept of regional aircraft.

Embraer is the leading manufacturer of commercial jets up to 150 seats. The company maintains industrial units, offices, service and parts distribution centers, among other activities, across the Americas, Africa, Asia and Europe

Embraer and United Airlines Sign Contract for up to 39 E175s