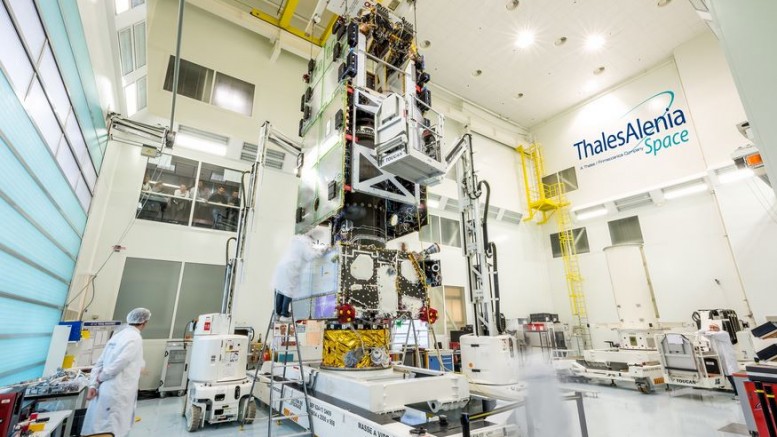 Cannes, France, December 22, 2015 – Visiona Tecnologia Espacial, responsible for the integration of the SGDC system (Geostationary Satellite of Defense and Strategic Communications) in Brazil announces the completion of a key program milestone.

On December 14, the mating between the satellite platform and the communication module (payload) was successfully performed, marking the beginning of the integration and testing campaign of the Geostationary Satellite. The mating was held at Thales Alenia Space facilities, satellite supplier of the SGDC System.

“The program continues to advance as planned and in line for launching the satellite in 2016. In the coming months, the satellite will undergo through a campaign of tests simulating the launch and space environments, as well as functional testing,” said Eduardo Bonini, President of Visiona.

With the SGDC system, Brazil aims to achieve sovereignty in civilian and military strategic communications as well as expanding access to broadband Internet for the entire nation´s territory.

Be the first to comment on "Brazilian geostationary satellite"