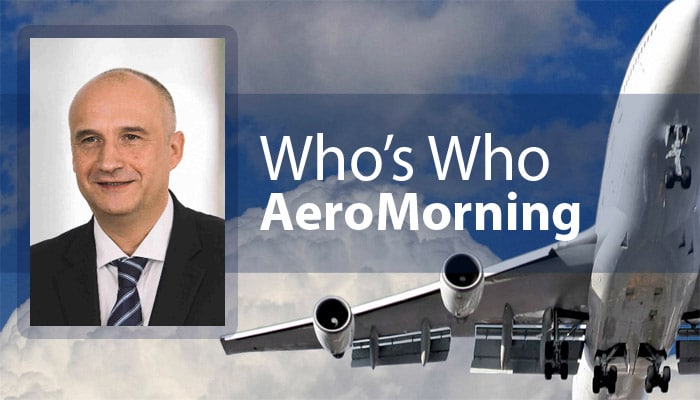 Amsterdam, 28 November 2017 – Airbus (stock exchange symbol: AIR) has appointed Eric Schulz, 54, EVP, Chief of Sales, Marketing & Contracts for the company’s Commercial Aircraft business. In this function, he will join Airbus at the end of January 2018 and will report to Chief Executive Officer Tom Enders.

Schulz comes from Rolls-Royce where he has been serving as President – Civil Aerospace since January 2016. At Airbus, he will succeed John Leahy, 67, who has been at the helm of the Commercial Aircraft’s Sales organisation since 1994.

“We are glad to have Eric Schulz joining our team. He has broad international experience in the aerospace industry, a deep understanding of airline operations and aero engines as well as a proven track record in building and effectively leading organisations in complex environments. This combination of skills and experience makes Eric the right pick to succeed John Leahy at a critical juncture of our company’s development,” said Tom Enders.

Eric Schulz started his career in 1986 with Aerospatiale-Sogerma and has since held numerous senior management positions in companies like UTA, Air France, AOM, Air Liberté-British Airways, Goodrich, EADS and Rolls-Royce. He holds a Master’s Degree in Mechanical Engineering from the Geneva Engineering School and in Aeronautical Engineering from Paris’ ESTA Engineering and Technology School.

Affectionately known to airlines around the world as “Mr. Airbus”, John Leahy joined the company in 1985 from Piper Aircraft in the U.S. and will retire after 33 years of service.
With more than 16,000 aircraft sold under his leadership, which accounts for 90 percent of all Airbus aircraft ever sold, John Leahy is truly a living legend in the history of aviation.

“There are not enough words to express the gratitude I feel for John Leahy both on a professional and personal level. His contribution to Airbus’ commercial aircraft business is epic. His relentless efforts, his vision and his dedication were key factors in propelling the company from an industry underdog to a world leader. No matter how hard the challenge I have never seen John give up on anything,” said Enders. “His tremendous fighting spirit and his unwavering loyalty to the Airbus flag have made him an inspiration for many, including me. He has become a good personal friend and I wish him a restful and well-deserved retirement.”

John Leahy will remain with Airbus for a few months’ transition period with his successor.