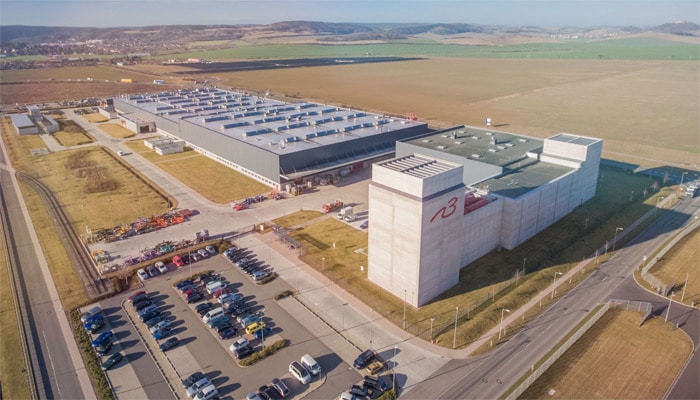 600 qualified jobs created  Every seventh mechanic from own technical training  N3 Engine Overhaul Services (N3), the joint venture between Lufthansa Technik AG and Rolls-Royce plc. for the maintenance and repair of  aircraft engines, celebrated its 10-year operating anniversary with a ceremony. Since April 2007, the Rolls-Royce Trent engines have been  overhauled at the facility at Arnstadt, Germany. Since October 2016,  the Rolls-Royce Trent XWB, the world’s most efficient civil large  engine flying today and the powerplant for the A350 XWB, has also  been in the portfolio.

The company initially began operations in 2007 with 270 employees.  Now, 600 specialists work at N3, 350 of which were able to pass the  aeronautical qualification programme designed specifically for the  company. There are currently more than 40 international airlines  among the customers serviced by N3 on behalf of Rolls-Royce. Since  2007, N3 has overhauled more than 800 engines from the Trent 500  (A340), Trent 700 (A330) and Trent 900 (A380) model ranges. With the  new Trent XWB (A350 XWB) engine, output will increase from the  current 100 engines per year to 150 – 200 engines per year in the  coming years. This year it will already be 130 engines.

Alexander Stern, Director and General Manager, N3 Engine Overhaul  Services: “N3 has developed from the newcomer in the industry to one  of the leading companies in the servicing of Rolls-Royce Trent  engines. In international competition, we stand by our delivery  reliability, excellent quality and outstandingly trained workforce.”  Stern further praised the excellent location conditions in Thuringia: “The central location in Germany and Europe, the excellent  infrastructure and the specialists were and still are important  factors for the successful development of the company.”  On behalf of federal and regional government, Dr Wolfgang Scheremet,  Head of the Department of Industrial Policy at the Federal Ministry  of Economics and Energy and Wolfgang Tiefensee, Thuringia’s Minister  of Economy, Science and Digital Society, honoured the commitment of  the parent companies in the Free State and the productivity of the  model company.

Head of Department Dr Scheremet: “N3 is a real success story and  represents an investment in the future of the German Site for  Industry and Advanced Technology. Thuringia – like the whole of  Germany – is a great place for investments and innovation. I hope  that the success of N3 will set a precedent and inspire others to  emulate it, as they continue to add value and bring job opportunities to new locations across Germany.”

Thuringia’s Minister of Economy, Science and Digital Society Minister Wolfgang Tiefensee took part in the opening of the site in 2007, when he was the Federal Minister for Transport. He praised N3 as one of  the region’s most fruitful investments: “All the best on the  company’s 10th birthday. The setup of N3 is extremely sound, allowing it to transcend the borders of Thuringia. In its 10 years of  existence in Thuringia, N3 has expanded to a stable size and  developed into a reliable and important part of Thuringia’s economy.  Through quality, high levels of efficiency and the most modern  equipment, the site has been able to broaden its client base and  thereby more than double the number of its employees. The site is  renowned not least for its strength in the training of aircraft  mechanics, which allows it to cover the demand for specialist  workers. I am confident that N3 will continue its outstanding  development in the future.”

For the parent companies, the joint enterprise formed the beginning  of a strategic partnership in the field of engine servicing.  Dr. Johannes Bussmann, chairman of Lufthansa Technik, emphasised:  “With N3, Rolls-Royce and Lufthansa Technik have set a new benchmark  for international cooperation in engine MRO. We are proud of having  been able to offer the best quality in the overhaul of Trent engines  for the past ten years. With the expanded capacity for the new Trent  XWB engine type the company is well equipped for the future.”

Eric Schulz, Rolls-Royce, President – Civil Aerospace, said: “We are  proud to have worked with Lufthansa Technik to establish N3 as a  leading overhaul facility for Rolls-Royce engines in Europe. Their  consistently high standards and dependable turn around times play a  critical role in making it easier for our customers to plan their own operations. N3 doesn’t just overhaul engines though, it also plays a  role in the broader Rolls-Royce CareNetwork, competing with other  shops to repair Trent components that will be fitted to engines being overhauled elsewhere in the network.”

Soon every seventh engine specialist from own training  In the future, the company expects a moderate increase in employment. By continually training aircraft mechanics in the field of engine  technology, N3 is able to secure its need for specialists largely by  itself. Since 2008, N3 has trained approximately 12 aircraft  mechanics in the field of engine technology every year. So far, 54  young men and women have finished their training and found permanent  positions at N3. There are currently another 40 young men and women  undertaking training at N3. Last year, for the first time, a cohort  of future warehouse logistics specialists began.

Servicing and component repair “best in class”  Thuringians are leaders in the use of vertical building techniques  which enable precise and non-destructive disassembly and assembly of  engine modules. With the help of electronic and mechanic lifting  platforms, mechanics work on all four types of engine efficiently and ergonomically. Furthermore, the engine test station in Arnstadt is  one of the most advanced and powerful facilities in the world. Over  the years of repairing engine assemblies / components, N3 qualified  for a range of special repairs (source-controlled repairs) that are  authorised and controlled directly by Rolls-Royce. An in-house  engineering division allows for continuous improvement and  sustainable further development of the processes and the introduction of new and innovative repair technologies. In terms of tool  development, N3 also developed some solutions and established them as best practices in the Rolls-Royce network.