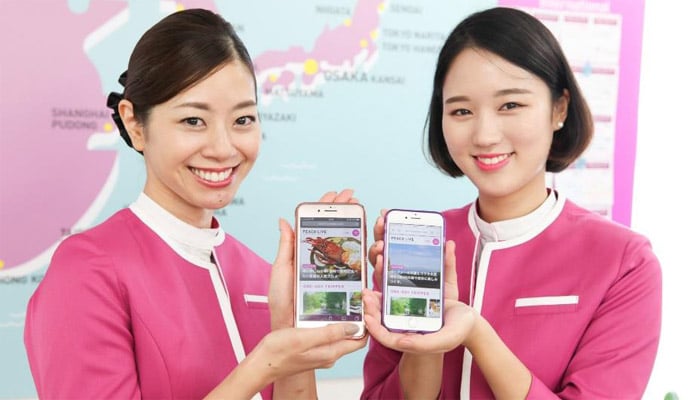 PEACH LIVE WEB was established in May last year as the Web version of the free “PEACH LIVE” magazine that presents current regional topics selected from Peach’s perspective of the world since its introduction by Peach in July 2016. Designed based on female fashion magazines, it introduces such contents as culture, dining, and other local spots in each region. The contents are presented in both Japanese and English, which will be a boon for foreign visitors, who have recently increased, to learn about the various attractions in each region.
As the primary category of Peach users is women in their twenties to thirties who frequently browse Websites on their smartphones, so improving the ease of viewing on such devices was prioritized in the recent renewal. In addition to improved usability and design, much of the content that is limited to the Web version – including some that is not available on the free magazine version – is available.
Peach continues to provide the impetus for casual air travel by issuing current and attractive regional information for Asia, including Japan, through PEACH LIVE. Please look out for them.
About Peach (www.flypeach.com)
Peach Aviation began services based out of Kansai Airport in March 2012. It opened secondary hubs at Naha Airport in July 2014 and Sendai Airport in September 2017. It currently operates 21 aircraft on 16 domestic and 15 international routes, flying up to more than 100 flights daily and serving more than 13,000 passengers.

Be the first to comment on "Web version of the free PEACH LIVE magazine “PEACH LIVE WEB” renewal!"