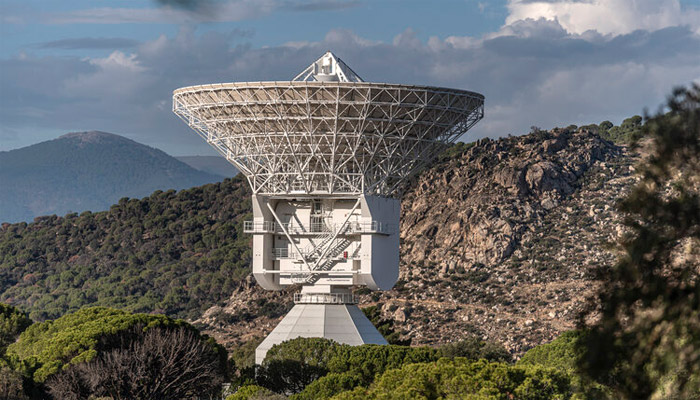 It’s confirmed! ESA is building its fourth deep space antenna – much like the Cebreros dish pictured here – that will ensure upcoming missions like JUICE and the Hera mission have someone to talk to when they get to space.

ESA’s ESTRACK network is currently made up of three deep space stations across the globe as well as a number of smaller dishes, and it is running at peak capacity. Following analysis of future mission needs, this fourth antenna will provide much-needed communication support to upcoming European and non-European deep-space missions.

Using the latest super-cool technology, the ‘antenna feed’ – through which data flows in from space – will be cryogenically cooled to just 10 degrees Kelvin (only 10 degrees above absolute zero, about -263 C). Doing this, incredibly, is expected to increase the amount of data returned by 40% at the high frequencies used for spacecraft command and control.

Such technology will also be used in the Cebreros station pictured here, and the Malagüe station, dramatically increasing the amount we can ‘hear’ from space.

Work should be finished on the station by the end of 2023, ready to begin operations by mid-2024 – just in time for the JUICE and HERA missions.

Space Forum Luxembourg at the Forefront of the NewSpace Dynamic