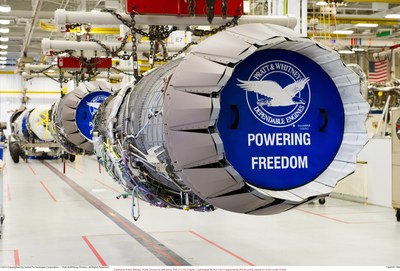 “This agreement for the next lot of F135 engines represents a fair deal for the U.S. Government, the international partnership and industry,” said Vice Admiral Mat Winter, F-35 Program Executive Officer. “Affordability is our number one priority, and by working together, we are making steady progress in reducing F-35 propulsion costs.”

“Pratt & Whitney and our supply chain remain committed to continual cost reduction for the F135 engine and to providing a superior product at the best value for our U.S. and international customers,” said John Wiedemer, vice president, F135 Program, Pratt & Whitney. “Since 2009, we have reduced the production cost of the F135 by more than half and are now pursuing additional affordability initiatives to drive down engine production and sustainment costs even further throughout the F-35’s planned lifecycle.”

To date, Pratt & Whitney has delivered 375 F135 engines. Deliveries of LRIP 11 engines will start this year.

Pratt & Whitney is a world leader in the design, manufacture and service of aircraft engines and auxiliary power units. United Technologies Corp., based in Farmington, Connecticut, provides high-technology systems and services to the building and aerospace industries. To learn more about UTC, visit its website at www.utc.com, or follow the company on Twitter: @UTC. For more information about Pratt & Whitney, visit http://www.pratt-whitney.com.

This press release contains forward-looking statements concerning future business opportunities and projected savings. Actual results may differ materially from those projected as a result of certain risks and uncertainties, including but not limited to changes in government procurement priorities and practices, budget plans and availability of funding, and in the number of aircraft to be built; challenges in the design, development, production and support of advanced technologies; as well as other risks and uncertainties, including but not limited to those detailed from time to time in United Technologies Corp.’s Securities and Exchange Commission filings.