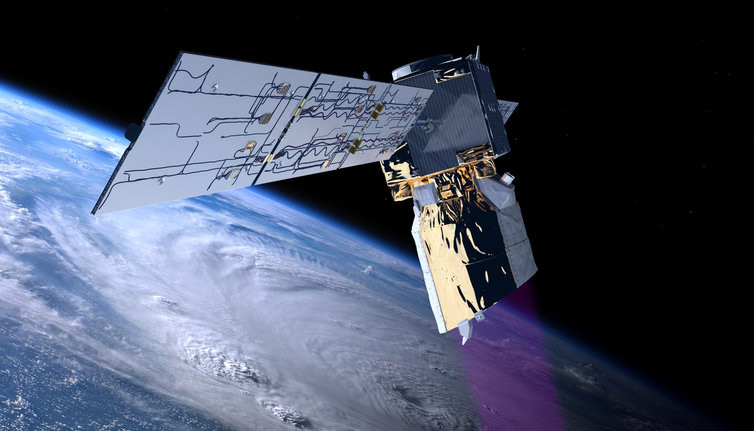 Carrying breakthrough laser technology, the Aeolus satellite – an ESA Earth Explorer mission – was launched in August 2018. It is the first satellite mission to provide profiles of Earth’s winds globally.

Unexpectedly, Aeolus observations turn out to have small ‘biases’ in their data. As is normal for any satellite mission, successfully correcting these biases is an important part of optimising the use of the satellite’s observations.

Over the past year, scientists at the European Centre for Medium-Range Weather Forecasts (ECMWF), in close collaboration with ESA, the German Aerospace Center (DLR), the software company DoRIT, the Royal Netherlands Meteorological Institute (KNMI) and Météo-France have been making big strides in understanding these inconsistencies.

The data have been found to be significantly closer to other wind, temperature and humidity observations than when Aeolus data are not assimilated – especially in the southern hemisphere and the tropics which are less covered by conventional observations in the northern hemisphere.

Tommaso Parrinello, Aeolus Mission Manager at ESA, comments, “I am impressed with the achievements of the ESA-funded Aeolus team of engineers. With Aeolus’s first functioning Doppler wind lidar in space, complex biases can appear but I am extremely pleased that the team has found a physically based correction to solve them.

ECMWF, in collaboration with other scientists, has shown that Aeolus biases are closely correlated with small variations in the temperature distribution across the large mirror used in the Aeolus instrument’s telescope.

ECMWF’s Mike Rennie adds, “We have been able to identify and correct some of these biases successfully. This finding will enable us to refine our bias correction, since those temperatures are measured in space and available in real time.”

“Aeolus engineers and scientists are now investigating why such temperature differences cause wind biases and if the mirror temperatures can be controlled better.”

ECMWF will continue to work closely with ESA on ways to minimise such biases in Aeolus data, which can be applied to future follow-on missions.