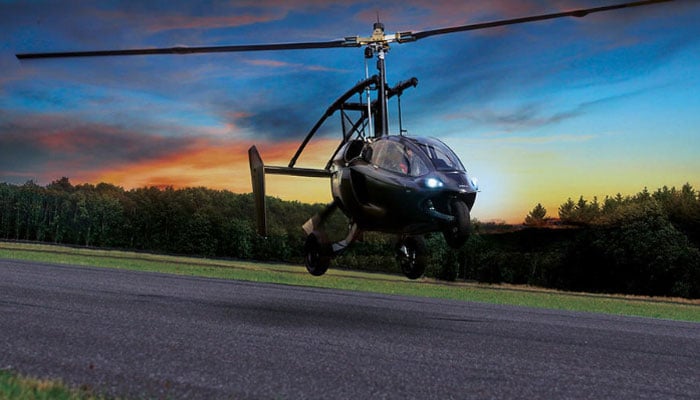 The glamour and allure of seeing the world’s first flying car being delivered to a client is garnering a lot of attention. Currently Google is seeing over 135,000 monthly searches for the term “Flying Car” in North America alone.

But in that space, the differentiation between dream and reality is very subtle. That is why CEO of PAL-V, Robert Dingemanse is so excited that Maxim magazine recently selected PAL-V as the most likely company to deliver a “real” flying car.

“Clearly it is impressive that a magazine with a readership of close to 9 million people would recognize the work we have done to create a flying car that actually conforms to existing regulations and is safe to fly,” said Dingemanse.

While many companies focus on forward leaning technologies that requires new regulations, PAL-V has created and flown a flying car that is finding solid appeal in the North American market place.

Vice President of Sales in North America, Mark Jennings-Bates, is also excited about the attention the company is getting. “When you have a prestigious brand like Top Gear referring to our vehicle as the world’s first plausible flying car and now Maxim men’s magazine giving us a thumbs up for the world’s first real flying car, it means a lot. They are main street brands, not scientific journals. They look at the product and the market differently, it is good for our team to get that recognition,” said Jennings-Bates.

PAL-V has been the quietest player in the market in regard to their developments but you can expect to be hearing significant updates from them in the next several months as they commence manufacturing of their PAL-V Limited Edition model which is only available to the first 90 buyers in the world 25 of which have been allocated to North America.