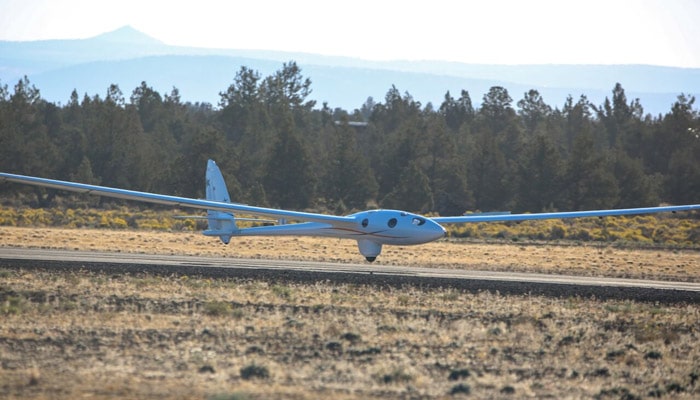 MINDEN, Nev., April 24, 2017 – Airbus Perlan Mission II, an initiative to fly a glider without an engine to the edge of space to collect ground-breaking insights on high-altitude flight, weather, and climate change, returned to flight this week at its U.S. headquarters at the Minden-Tahoe Airport. Perlan Project Pilots Jim Payne and Miguel Iturmendi soared the pressurized glider to its highest altitude to date, reaching 30,615 feet.

The Perlan 2 will spend spring soaring in the rising wind currents – called mountain waves – in the skies above the Sierra Nevada, before deploying in May to Argentina for its second year of flight operations in Patagonia.

“This past year our team gained invaluable insight and experience from flying the glider in and around the Andes Mountains,” said Ed Warnock, CEO of The Perlan Project. “Using that information, we’ve made improvements to the aircraft that will help us have even greater success this year, first in Nevada and later in Argentina, if the wave and weather conditions are optimal.

” To reach the altitudes that will enable the aircraft to conduct its unique research, the team is searching for elusive “stratospheric mountain waves,” which only occur a few places on earth – such as Patagonia – and a few weeks out of the year.

“We’re thrilled that the Perlan 2 glider is back in the air for another season of exploration, because this endeavor inspires us all to expand the limits of our thinking,” said Allan McArtor, Chairman of Airbus Americas. “In today’s competitive environment, innovation can’t just be a buzzword, and Airbus Perlan Mission II is just one example of how we’re turning ideas into action.”

· Heating for critical items – Based on data collected during the first season of operations in Argentina, the team has installed additional heating to ensure that mission-critical systems such as the battery and the air and oxygen regulators are unaffected by the extreme cold temperatures at high altitude.

· Control stick improvements – Modifications to the control sticks have been made to improve the pilot-to-aircraft interface.