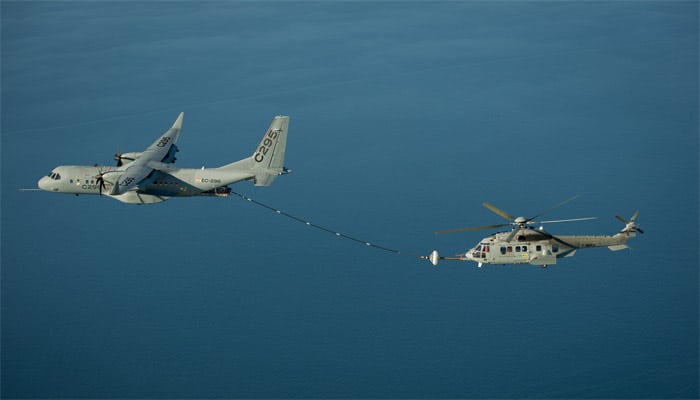 Getafe, 17 January 2017 – Airbus Defence and Space has followed its recent successful demonstration of air-to-air refuelling between two C295W medium transports with a demonstration of refuelling contacts with a H225M Caracal helicopter. In the trial, performed jointly with Airbus Helicopters from Marignane, France in December, contacts were executed at speeds of 105-115kt and both crews reported smooth and simple operation. The system is now being offered to existing and prospective C295 operators. Possible applications include special operations and extending the range of search and rescue aircraft.

Video of the trials can be watched at :