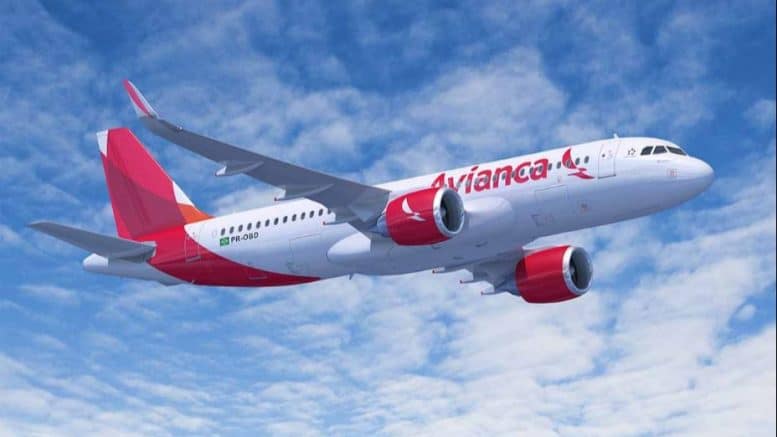 Synergy Aerospace Corporation, largest shareholder of Colombia-based Avianca and owner of Avianca Brasil, has finalized a Purchase Agreement with Airbus for 62 A320neo Family aircraft. These A320neo will be the base of the fleet renewal and network growth strategy for Avianca Brasil, and also marks over 1,000 Airbus aircraft sold in Latin America.

“These A320neo will allow Avianca Brasil to take an important leap toward growing and modernizing its fleet in a profitable and sustainable manner, while improving passenger experience,” said Alex Bialer, Chairman of the Board, Synergy Group. “Thanks to its excellent eco-efficiency, reliability and comfort the A320neo Family will allow us to strengthen our position in South America by offering passengers the best single-aisle product available.”

“Airbus is pleased to be surpassing 1,000 aircraft sold in Latin America with this order by Synergy, and we are proud that Avianca Brasil will rely on the unmatched productivity and fuel efficiency of the A320neo Family to renew its fleet and expand its network in South America,” said John Leahy, Airbus Chief Operating Officer, Customers. “Domestic traffic in Brazil is projected to nearly triple by 2034, placing it among the world’s top 10 fastest-growing traffic flows in the world. These A320neo will allow Avianca Brasil to capitalize on this growth and deliver enhanced performance capabilities in challenging airports such as Rio de Janeiro’s Santos Dumont.”

Growing at a favorable rate of 5.3 percent annually, intra-regional and domestic traffic in Latin America is expected to almost triple in the next 20 years. The single-aisle aircraft is Latin America’s linchpin, and the A320neo will play a key role in securing this future market.

With over 1,000 aircraft sold and a backlog of more than 450, over 600 Airbus aircraft are in operation throughout Latin America and the Caribbean. In the past 10 years Airbus has tripled its in-service fleet, securing over 60 percent of orders in the region since 1990. The A320neo has become the undisputed aircraft family of choice for Latin America, now with 410 firm orders, plus 58 commitments with lessors, from seven customers winning nearly 70 percent of orders in the new generation single-aisle aircraft market.

To conclude, the A320neo Family is the world’s best-selling single aisle product line with over 4,500 orders received from 83 customers since its launch in 2010 capturing almost 60 percent share of the market. The A320neo Family incorporates latest technologies including new generation engines and Sharklet wing tip devices, which together deliver more than 15 percent in fuel savings per seat from day one and 20 percent by 2020 with further cabin innovations. Thanks to their widest cabin, all members of the A320neo Family offer unmatched comfort in all classes and Airbus’ 18” wide seats in economy as standard. With one aircraft in three sizes (A319neo, A320neo & A321neo), the A320neo Family, seating from 100 to 240 passengers, seamlessly covers the entire single-aisle segment from low to high-density domestic to longer range routes.