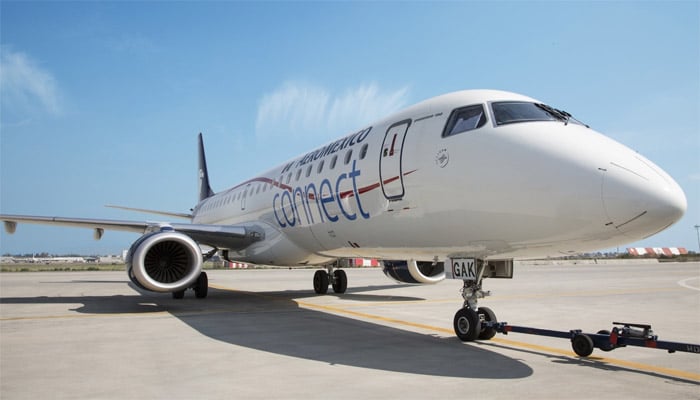 In a meeting held to report on the progress of the local tourism sector, State Governor Francisco “Kiko” Vega de Lamadrid and the Secretary of Tourism (SECTURE) announced that in the month of August, Aeromexico, Mexico’s global airline, added a fourth weekly flight from Tijuana to Los Cabos.

The carrier also improved its weekly seat offering in the market by adding its Embraer 190 jet airliner with increased seat capacity for 99 passengers -11 in Clase Premier, Aeromexico’s Business Class Cabin-, with the following flight schedules:

*Times are published in local time and are subject to changes without notice. *New service.

Aeromexico’s Corporate Sales Director, Jorge Goytortua, said “We continue to strengthen our presence in Tijuana, a major destination for the airline because of its geographic location, by increasing our weekly seat capacity to Los Cabos by more than 50%”.

“Passengers from Los Cabos can now connect directly from Tijuana to seven domestic destinations across the nation and to Shanghai in China, and use the new binational Cross Border Xpress (CBX) that reduces border crossing times to San Diego from two hours to just 15 minutes,” added Goytortua.

Baja California Secretary of Tourism Oscar Escobedo said: “air traffic flows through the Tijuana International Airport were up 26% in July alone, compared to July 2015.” He added that “Tijuana is a city that offers great connectivity options as reflected in the numbers, and we continue promoting actions to help boost our touristic offer.”

The airline and the state agency continue working to provide more and better travel options from Baja California to Mexico City and the world, through an extensive route network offering great flight connections.

Grupo Aeromexico, S.A.B. de C.V. is a holding company whose subsidiaries provide commercial aviation services and promote passenger loyalty programs in Mexico. Aeromexico, Mexico’s global airline, operates more than 600 daily flights from its main hub in Terminal 2 at the Mexico City International Airport. Its route network spans more than 80 cities on three continents including 45 in Mexico, 17 in the United States, 15 in Latin America, four in Europe, three in Canada, and two in Asia.

Grupo Aeromexico’s fleet of close to 130 aircraft is comprised of the Boeing 787, 777 and 737 jet airliners and next generation Embraer 190, 175, 170, and 145 models. In 2012, the airline announced the most significant investment strategy in aviation history in Mexico, to purchase 100 Boeing aircraft including 90 MAX 737 airliners and ten 787-9 Dreamliners.