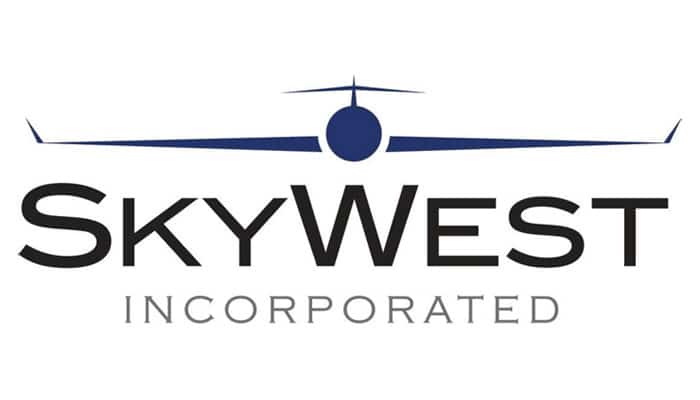 Commenting on the results, Chip Childs, Chief Executive Officer and President of SkyWest, said “We are focused on remaining disciplined in our execution of fleet solutions that meet the needs of our customers. The agreements and extensions announced this quarter are expected to continue to improve our fleet mix in alignment with our overall fleet transition strategy. I appreciate the dedicated service our professionals consistently provide to our customers.”

SkyWest Airlines reached an agreement with American Airlines (“American”) to place 20 used CRJ700s under a four-year contract. The 20 CRJ700s are expected to be sourced from within SkyWest’s fleet. The first aircraft in this agreement was placed into service in June 2018 and all 20 aircraft are scheduled to be in service by early 2019.

SkyWest Airlines reached an agreement with United Airlines (“United”) to extend their existing flying contract on 19 CRJ700s operated by SkyWest Airlines. These aircraft previously had contract expirations scheduled for mid-2019/2020 and were extended for three years.

Separately, ExpressJet Airlines, Inc. (“ExpressJet”) reached an agreement with United to a three-year contract for 20 used CRJ200s. The 20 CRJ200s are expected to be sourced from within SkyWest’s fleet through contract expirations with other partners scheduled for the second half of 2018. The 20 CRJ200s are expected to be placed into service with United between the latter part of 2018 and early 2019.

Financial HighlightsRevenue was $806 million in Q2 2018, up from $792 million in Q2 2017. The increase in revenue included the net impact of adding 23 new E175 aircraft and other economic improvements within SkyWest’s fleet mix since Q2 2017, partially offset by the removal of unprofitable or less-profitable aircraft over the same period.

ExpressJet continued the previously-announced wind down of its flying agreement with Delta during the quarter. At the end of Q2 2018, ExpressJet had 22 CRJ700s remaining in service under the Delta agreement. ExpressJet continues to engage in discussions around the CRJ700s scheduled to come out of service with Delta later this year and remains positive with alternative opportunities to utilize these CRJ700 aircraft.

ExpressJet anticipates its flying contract with American for 12 CRJ700s scheduled to terminate in early 2019 will not be extended. These aircraft are expected to be returned to the lessors following removal of service with American.

Flight completion rates at SkyWest Airlines and ExpressJet for Q2 2018 and Q2 2017 were:

SkyWest will host its conference call to discuss second quarter 2018 results today, July 26, 2018, at 2:30 p.m. Mountain Time. The conference call number is 1-877-418-5293 for domestic callers, 1-866-605-3852 for Canada callers and 1-412-717-9593 for other international callers. Please call up to ten minutes in advance to ensure you are connected prior to the start of the call. The conference call will also be available live on the Internet at https://www.webcaster4.com/Webcast/Page/1088/26425. This press release and additional information regarding SkyWest, including access information for the digital rebroadcast of the second quarter 2018 earnings call, participation at investor conferences, investor presentations and monthly traffic statistic releases, can be accessed at inc.skywest.com.

In addition to historical information, this release contains forward-looking statements within the meaning of the Private Securities Litigation Reform Act of 1995. Words such as “forecasts”, “expects,” “intends,” “believes,” “anticipates,” “estimates”, “should,” “likely” and similar expressions identify forward-looking statements. Such statements include, but are not limited to, statements about the continued demand for our product, the wind-down of ExpressJet’s flying agreement with Delta, and the related removal from service and/or placement into service of certain aircraft, the scheduled aircraft deliveries for SkyWest Airlines for 2018, as well as SkyWest’s future financial and operating results, plans, objectives, expectations, estimates, intentions and outlook, and other statements that are not historical facts. All forward-looking statements included in this release are made as of the date hereof and are based on information available to SkyWest as of such date. SkyWest assumes no obligation to update any forward-looking statement. Readers should note that many factors could affect the future operating and financial results of SkyWest, SkyWest Airlines or ExpressJet, and could cause actual results to vary materially from those expressed in forward-looking statements set forth in this release. These factors include, but are not limited to, the prospects of entering into agreements with existing or other carriers to fly new aircraft, ongoing negotiations between SkyWest, SkyWest Airlines and ExpressJet and their major partners regarding their contractual obligations, uncertainties regarding operation of new aircraft, the ability to attract and retain qualified pilots, the impact of regulatory issues such as pilot rest rules and qualification requirements, and the ability to obtain aircraft financing.

Actual operational and financial results of SkyWest, SkyWest Airlines and ExpressJet will likely also vary, and may vary materially, from those anticipated, estimated, projected or expected for a number of other reasons, including, in addition to those identified above: the challenges and costs of integrating operations and realizing anticipated synergies and other benefits from the acquisition of ExpressJet; the challenges of competing successfully in a highly competitive and rapidly changing industry; developments associated with fluctuations in the economy and the demand for air travel; the financial stability of SkyWest’s major partners and any potential impact of their financial condition on the operations of SkyWest, SkyWest Airlines, or ExpressJet; fluctuations in flight schedules, which are determined by the major partners for whom SkyWest’s operating airlines conduct flight operations; variations in market and economic conditions; significant aircraft lease and debt commitments; residual aircraft values and related impairment charges; labor relations and costs; the impact of global instability; rapidly fluctuating fuel costs, and potential fuel shortages; the impact of weather-related or other natural disasters on air travel and airline costs; aircraft deliveries; the ability to attract and retain qualified pilots and other unanticipated factors. Risk factors, cautionary statements and other conditions which could cause SkyWest’s actual results to differ materially from management’s current expectations are contained in SkyWest’s filings with the Securities and Exchange Commission, including its most recent Annual Report on Form 10-K and Quarterly Reports on Form 10-Q.

Reports Combined May 2016 Traffic for SkyWest Airlines and ExpressJet Airlines

Be the first to comment on "SkyWest, Inc. Announces Second Quarter 2018 Profit"