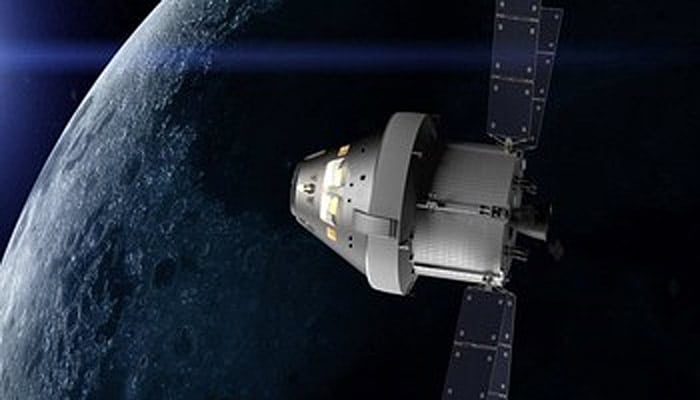 Media are invited to hear about progress on crewed flight hardware for NASA’s Orion spacecraft and Space Launch System (SLS) at two contractor facilities May 1 and 2 in Rockford, Illinois.

U.S. media interested in participating must contact Laura Rochon at laura.a.rochon@nasa.gov or 281-483-0229 by 12 noon EDT on Thursday, April 27. International media accreditation for this event is closed.

Orion and SLS are two of the foundational elements of NASA’s new exploration systems that will send humans on a series of missions beyond the moon. NASA’s deep-space exploration programs are supported by thousands of large and small businesses in 48 states and Puerto Rico, including more than 200 companies across the Great Lakes region.

The first integrated flight test of Orion and SLS will launch from NASA’s Kennedy Space Center in Florida for a three-week uncrewed mission beyond the moon and back. A second mission will follow with the system’s first crewed mission, which will take humans farther in space than we have ever traveled before.

Ingersoll Machine Tools, a subcontractor to Lockheed Martin, is currently manufacturing four of the seven major parts of the Orion spacecraft structure for the first flight with crew. Several components of the spacecraft will ship from Illinois to NASA’s Michoud Assembly Facility in New Orleans this summer for welding and assembly.

UTC Aerospace Systems is a subcontractor to Lockheed Martin and supplies several power management, environmental controls and life support systems for the Orion spacecraft. For the SLS Program, the company builds auxiliary power units and hydraulic systems for Boeing and Orbital ATK, and supports SLS work for Aerojet Rocketdyne in Rosemount, Illinois.

Get information, photos and videos of NASA’s deep space exploration systems at: