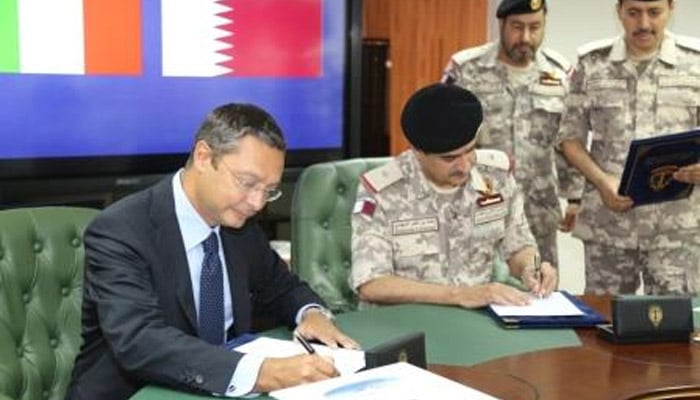 1st September 2016, MBDA signed today in Doha a contract for the supply of a coastal defence system for the Qatari Emiri Naval Forces (QENF).

This innovative coastal missile system will deploy two different munitions, Marte ER (the Extended Range version of the Marte missile) and Exocet MM40 Block 3 , and it will be able to work in autonomous mode with its own radar, or alternatively by data-linking to a higher level within a wider coastal surveillance network. The supply of these coastal missile systems will allow the QENF to prevent hostile ships from reaching and threatening their territorial waters.

With this further contract signed by MBDA,  the partnership between the three countries Qatar, Italy and France is confirmed and reinforced in a strategic environment such as defence.

Antoine Bouvier, CEO of MBDA, commented: “I am delighted that Qatar has confirmed the trust placed in MBDA for its defence requirements, just a few months after signing the MoU during DIMDEX exhibition. MBDA is now one of the country’s leading defence suppliers and will continue to show its long-standing commitment and support for the Qatari Armed Forces. Today’s contract follows the one signed with the Qatari Emiri Naval Forces last June to supply the new naval vessels recently procured from Fincantieri with MBDA missiles”.

Pasquale Di Bartolomeo, Executive Group Director Strategy of MBDA, said: “I am pleased to be in Doha this morning to sign this contract on behalf of MBDA. This is a new significant success for the Company. In particular this contract will deeply involve the engineering and manufacturing activities of the Italian sites. It is important to underline that this program represents a confirmation of the Marte ER capabilities: MBDA is able to reaffirm its supremacy in the anti-ship missile sector, providing different and scalable solutions for its customers worldwide”