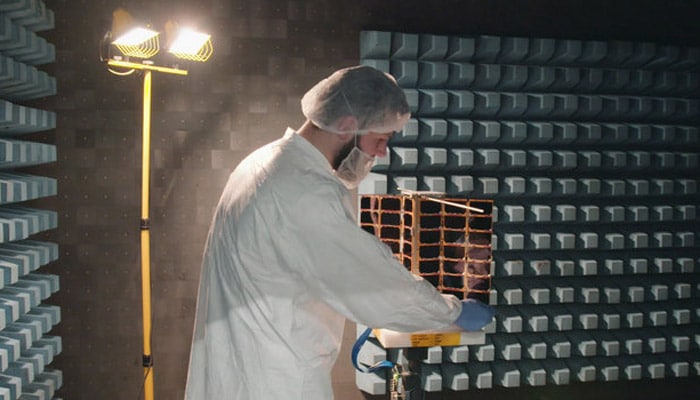 The first ‘Pioneer’ mission lifted off early this morning from Sriharikota, India, with the two inventive little nanosatellites now circling the Earth, ready for action.

The shoebox-sized satellites were launched at 04:27 GMT into low Earth orbit by the Indian Space Research Organisation’s PLSV launcher, and opened their first communication windows with their owner, Spire Global, less than an hour after they separated from the rocket.

Both satellites were developed under ESA’s ARTES Pioneer programme, and will aim to prove the value of using nanosats for space-based Radio Occultation: the process of using satellites to measure how GNSS signals are refracted by the Earth’s atmosphere.

Experts can use these measurements to glean temperature, pressure and humidity information for weather forecasting and climate change monitoring.

Satellites have no such restrictions. They can gather massive amounts of this data from the ground up to the mesosphere as they fly over the Earth. 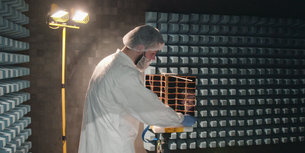 This is usually done by large satellites. Spire’s nanosatellites weigh just five kg each, and were assembled and tested entirely by Spire in under three months, at their headquarters in Glasgow, Scotland.

Named ‘Space as a Service’, the Spire Pioneer mission intends to prove that nanosat GNSS-RO is a commercially-viable alternative to traditional methods.

ESA’s Pioneer initiative partners with companies like Spire to help them provide this kind of in-orbit demonstration and validation for third parties.

ESA Pioneer Programme Manager Khalil Kably said: “We saw a gap in the market for what we call Space Mission Providers: companies that offer all aspects of a space mission to validate a new technology or service for the benefit of others.

“ESA is always looking to champion innovation in the space industry, and the idea of Pioneer is that these Space Mission Providers can help this by being a one-stop-shop for in-orbit demonstration and therefore reduce the barriers and complexity that can stifle new ideas.”

Spire Global CEO Peter Platzer said: “Spire has been focused on developing unique data sources with high frequency updates for the entire Earth and has over 60 LEMUR-2 class satellites deployed in space complimented with a global ground station network.

“Under Pioneer, we can offer our extensive experience in manufacturing and managing small spacecraft like these to those who cannot afford to waste money and time doing it themselves.

UK Space Agency Chief Executive Graham Turnock said: “These incredibly clever shoebox-sized satellites built in Glasgow could slash the complexity and cost of access to space, presenting an exciting opportunity for the UK to thrive in the commercial space age.

“Through our £4m development funding, the government’s Industrial Strategy and by working closely with our international partners, we are helping UK businesses transform their ideas into commercial realities, resulting in jobs, growth and innovation.”

The two tiny satellites will collect and distribute GNSS-RO data during their commissioning phase, after which they will go into full commercial data production mode, gathering weather information for meteorological institutions, maritime and aviation customers on demand.

Be the first to comment on "Lift off for Pioneering nanosats"