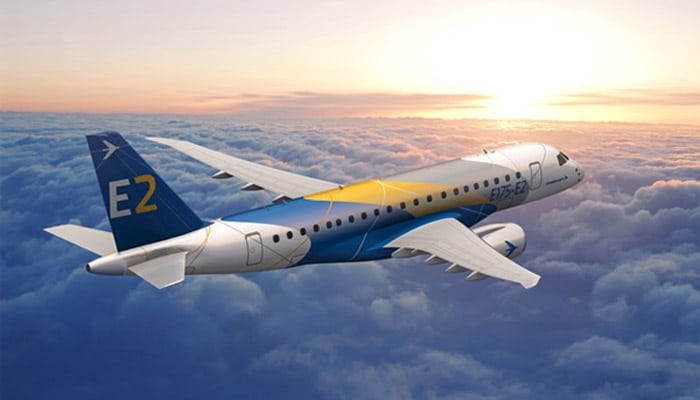 July 2017 –   Brazilian landing gear manufacturer ELEB has awarded Liebherr-Aerospace with a built-to-print contract regarding the leg strut and trailing arm for the main landing gear of the Embraer E175-E2.

Liebherr-Aerospace will manufacture the landing gear components according to the drawings by ELEB*, which is responsible for the E175-E2 main landing gear design.  The trailing arm will be made of titanium, the leg strut of steel.

Liebherr-Aerospace is already on board Embraer’s E-Jets E2, the second generation of the E-Jets family of commercial aircraft: Liebherr-Aerospace Lindenberg GmbH, Liebherr’s center of excellence for flight control/actuation and landing gear systems develops and manufactures the high lift system as well as the nose wheel steering control module for the E190-E2, the E195-E2 and the E175-E2.  Liebherr-Aerospace Toulouse SAS, Liebherr’s center of excellence for air management systems designs and produces the integrated air management system for the E-Jets E2.

Liebherr-Aerospace is a leading supplier of systems for the aviation industry and has more than five decades of experience in this field. The range of aviation equipment produced by Liebherr for the civil and military sectors includes flight control and actuation systems, landing gear and air management systems as well as gears and gearboxes. These systems are deployed in wide-bodied aircraft, single aisle and regional aircraft, business jets, combat aircraft, military transporters, military training aircraft, civil and combat helicopters.