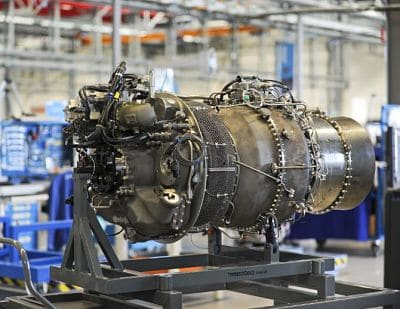 Safran is celebrating the takeoff of the Ardiden 3G engine aboard civil Russian Helicopters Ka-62. The maiden hovering took place on 28 April 2016 at manufacturer plant in Arsenyev.

“This takeoff marks a major milestone in the Ardiden 3G development program. It is already demonstrating great maturity. We are delighted with the fast-paced progress of our strong partnership with Russian Helicopters towards Ka-62 helicopter entry into service. This is a significant step in the deployment of competitive new-generation helicopters issued by Russian Helicopters” commented Turbomeca (Safran) Executive Vice President OEM Sales, Maxime Faribault.

“This is a very significant event for the Russian Helicopters holding company and a due result of our work”, said the holding company’s CEO Alexander Mikheev.

Since its first ground run in April 2013, extensive engines testing demonstrated the 3G’s performance at Bordes (France). All development and performance tests were completed, and the engine will obtain type-certification in 2016. The Ardiden 3G has already demonstrated 20 percent class fuel consumption improvement over engines operating in the same power range.

One of the 1,700 to 2,000 shaft horse-power Ardiden 3 engine family, the Ardiden 3G features a remarkably compact modular architecture. The gas generator module comprises two centrifugal stages attached to a reverse-flow combustion chamber, a single-stage gas generator turbine, a two-stage power turbine and dual channel FADEC. This design ensures cost-effectiveness, particularly in terms of maintenance and cost-of-ownership with a TBO of over 5,000 hours at entry-into-service.

Turbomeca (Safran) is the leading helicopter engine manufacturer and, since its foundation in 1938, has produced over 72,000 turbines. Turbomeca offers the widest range of helicopter engines in the world and has more than 2,500 customers in 155 countries. Turbomeca has 15 sites and operates on each continent, providing its customers with a proximity service through 44 distributors and certified maintenance centers, 18 Repair & Overhaul Centers, and 90 Field Representatives and Field Technicians. Turbomeca subsidiary Microturbo is the leading European manufacturer of turbojet engines for missiles, drones and auxiliary power units.