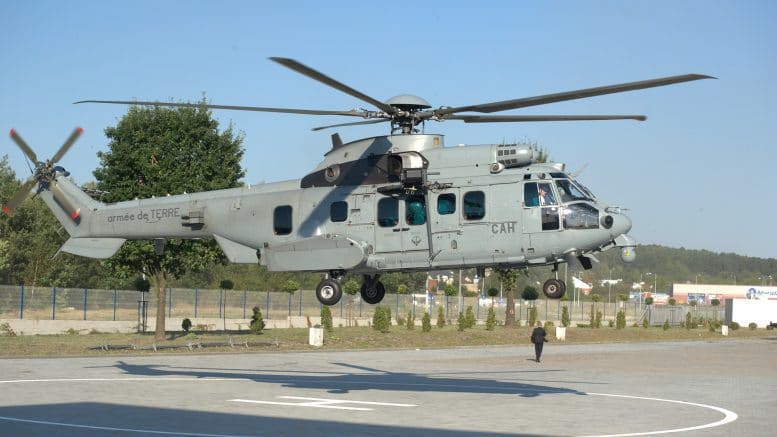 – Arrival of H225M Caracal from the French Army in flight to Kielce, Poland for MSPO International Defence Industry Exhibition 2016
– Airbus Helicopters to showcase H225M Caracal, Tiger HAD and H145M for the first time
– Presence in line with Airbus Group’s “Make In Poland” ambition

Kielce, Poland, 2 September 2016 – Airbus Helicopters will have a commanding presence at MSPO International Defence Industry Exhibition, which takes place in Kielce, Poland from 6-9 September 2016. Highlighting its wide range of products, the company will present the H225M Caracal, which landed yesterday in Kielce following a ferry flight from France, together with the Tiger HAD and H145M on its static display. Airbus Helicopters’ presence at the show is in line with Airbus Group’s “Make in Poland” ambition and will aim to emphasize its global commitment of long-term cooperation in country.

The H225M Caracal, pre-selected by the Polish government in 2015, is a heavy, modern and combat-proven platform able to perform the widest range of missions from special operations to combat search and rescue, tactical transport, medical evacuation as well as a large spectrum of maritime missions. Operated by the armed forces of France, Brazil, Mexico, Malaysia and Thailand, the H225M Caracal has demonstrated its reliability even in the harshest operational environments. Kuwait is the latest nation to join the community of Caracal users with an order of 30 H225M Caracal helicopters placed by the State of Kuwait last month.

Alongside the H225M will be Airbus Helicopters’ multi-role attack helicopter, the Tiger HAD, offered to Poland in the frame of its upcoming “Kruk” acquisition project. The Tiger is designed to perform armed reconnaissance, air or ground escort, air-to-air combat, ground firing support, destruction and anti-tank warfare, day or night and in adverse conditions. It has proven its capabilities during operational deployments in Afghanistan, the Central African Republic, Libya and Mali.

For the first time this year at MSPO, a real H145M from the German armed forces will be exhibited in Kielce. Certified in 2015, the H145M is the latest member of the Airbus Helicopters 4-ton-class twin-engine rotorcraft product range – with built-in mission capability and flexibility, especially in high-and-hot operating conditions. In its military version, this economical and versatile helicopter covers the entire spectrum of military missions, from light utility to light attack.

Besides Airbus’ strong helicopters appearance, the company’s stand at MSPO will also see a variety of first class products from its defence and space division, Europe’s largest defence and space enterprise and the second largest space business worldwide.

The A330 MRTT is the only new generation strategic tanker/transport aircraft flying and available today. The large 111 tonnes/ 245,000 lb basic fuel capacity of the successful A330-200 airliner, from which it is derived, enables the A330 MRTT to excel in air-to-air refuelling missions without the need for any additional fuel tank. The A330 MRTT is offered with a choice of proven air-to-air refuelling systems including an advanced