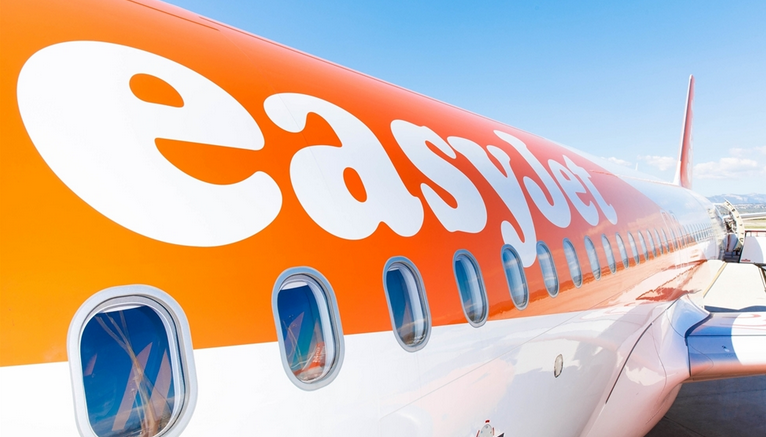 easyJet Trading Update for the Six Months ending 31 March 2020
easyJet expects to deliver a first half headline loss before tax in the range of £185m to £205m, representing an improved year-on-year first half headline loss before tax (H1 2019: £275m).
Decisive cost actions, deferring the purchase of 24 new aircraft and the raising of significant new finance ensure that easyJet has sufficient liquidity to endure a lengthy fleet grounding.

Johan Lundgren, easyJet CEO said: “Our first half trading performance was very strong prior to the impact of coronavirus, which shows the strength of easyJet’s business model.
“Since then I have been immensely proud of our team, right across the business, and the way they have worked through these tough times to put us in the strong position we are in now. We took swift action to meet the challenges of the virus and in a period of around 7 weeks have:
• Launched a cost cutting initiative and dramatically brought down our cash burn
• Grounded our entire fleet in a well planned and executed process
• Delivered an updated fleet deal deferring 24 aircraft, while also maintaining a level of flexibility that will be very important when this crisis ends
This change, combined with the deferral and cancellation of a number of other projects has helped to drive a circa £1 billion decrease in capex over three years: and finally
• Executed a funding programme which will add almost £2 billion in extra cash funding, strengthening our liquidity position.
“These decisive actions mean that easyJet is well positioned to endure a prolonged grounding.
“We remain focused on doing what is right for the company for its long term health and to ensure we are in a good position to resume flying when the pandemic is over.

While the vast majority of our people are not able to work at this time, there is a small number working tirelessly to help our customers, and to plan for our return to the skies, whenever that might be”.

Airline revenue per seat at constant currency is expected to have increased by 10.2%. This reflects a continuation of the strong performance seen in Q1, with a very strong RPS performance in January and February, prior to the impact of the travel restrictions caused by coronavirus.
easyJet’s fleet was fully grounded on 30 March 2020. Our winter 20/21 seats were released earlier than usual, in order to allow customers to plan ahead. Bookings for winter are well ahead of the equivalent point last year, and this includes customers who are rebooking coronavirus-disrupted flights for later dates.
During the coronavirus pandemic we are providing customers with the options of changing their flights (with no change fee), receiving a voucher for the value of the booking or receiving a refund. Since we introduced the online voucher option, more than half of disrupted passengers have chosen vouchers or alternative flights.
At this stage there can be no certainty of the date for restarting commercial flights. We will evaluate continuously based on changing regulations and customer demand and will update the market in due course. Our strategy, network and data science teams are working
through different demand scenarios for re-starting flying, which could be done with as little as two weeks’ notice.

This increase was driven by:
o Lower capacity growth for the half;
o Ongoing regulatory and inflationary pressure in our airport charges and ground handling, as well as the expected one-off maintenance charge which we discussed atQ1 results;
o Ownership costs; and
o Crew pay agreements and higher retention levels.
The impact of coronavirus drove a further 4.5% increase in costs, due to:
o Significant increases in disruption costs;
o Full pilot and crew rosters through much of March when many flights were being cancelled, with furlough leave only starting after the end of H1; and
o Significantly lower seat capacity.

We have taken decisive action in order to remove cost and non-critical expenditure from the business at every level, to help mitigate the impact from the coronavirus. The grounding of aircraft removes significant cost.

Cost items which have changed materially include:
o Fuel – easyJet does not operate ‘take or pay’ contracts for fuel. Our fuel tenders are based on indicative volumes only. If/when we do not lift the volume of fuel we have tendered for, we are not liable. (See comments below regarding fuel hedging)
o Airports & ground handling – our teams moved quickly to reduce costs. We are currently incurring virtually no charges whilst the fleet is grounded
o People – the majority of staff across easyJet are on furlough during April and May, with a small number of skeleton staff still working in central functions. All of our base countries are offering some form of government support during the crisis.
easyJet has reached agreement in the UK with unions Unite and BALPA regarding furlough arrangements for crew and pilots and has worked with unions and works councils in all countries
o Navigation – payment terms have been extended
o Maintenance – all non-critical maintenance work has been postponed
o Selling & marketing – we are currently incurring no advertising/marketing costs.
Costs will likely be incurred once again as we enter the recovery period.
Whilst we have also undertaken cost cutting measures within easyJet holidays, it already had a high proportion of variable costs, which means that the easyJet holidays business model is low risk, with no inventory risk.
Cash flow deferrals have also been achieved through payment term extensions negotiated with many of our major suppliers including airports, ground handlers and fuel providers. All government tax payment schemes have been explored including ‘time to pay’ arrangements and reclaiming corporation tax payment on account. We estimate that our operating costs burn is in the region of £30-40 million per week, whilst the fleet is grounded. This compares to circa £125 million when flying a full schedule.

Be the first to comment on "easyjet in a good position"