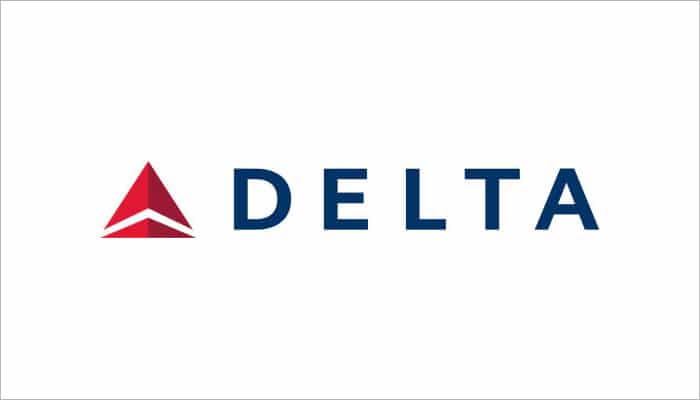 The flight is an important addition for Delta at LAX, marking the airline’s return to the L.A.-Mexico City market for the first time since 2005 and further strengthening Delta and Aeromexico’s No. 1 position in the market. In May, the airlines announced five new non-stop markets starting by the end of 2017: Atlanta to Merida and Queretaro, Mexico; Los Angeles to Leon, Mexico; and Seattle and Portland to Mexico City. The new and increased service comes as the airlines implement a Joint Cooperation Agreement, the No. 1 airline alliance between the U.S. and Mexico, under which the carriers will provide customers with expanded travel options and choice while deepening the relationship they have shared for more than 20 years.

“L.A. is the No. 1 U.S. market to Mexico, and together Delta and Aeromexico offer the absolute best schedule between our hub at LAX and Aeromexico’s hub in Mexico City with 7 daily flights,” said Ranjan Goswami, Delta’s Vice President ? Sales, West Region. “Our combined schedule gives customers access to more choices and 20 destinations beyond L.A., and our recent relocation to Terminals 2 and 3 makes it more convenient than ever for customers to connect to those destinations from LAX.”

“2017 is the year of Mexico in Los Angeles, a testament to the great numbers of Mexican Americans who call Los Angeles home, and the many more Angelenos who visit family and friends, vacation or do business in Mexico each year,” said Deborah Flint, CEO of Los Angeles World Airports. “International flights are a strong driver of economic activity for our region, and I applaud Delta’s decision to return to the Mexico City market after 15 years.”

The Los Angeles–Mexico City flight will be operated using an Airbus A319 aircraft, which features new seats throughout the cabin with adjustable headrests, new seatback in-flight entertainment screens, in-seat power available for all customers, high capacity overhead bins, ambient lighting, as well as new lavatories. Delta’s A319s have a total of 132 seats, 12 in First Class, 18 in Delta Comfort+ and 102 in Main Cabin. All aircraft flying to and from Mexico have AVOD, Wi-Fi and power at every seat.

The flights will operate on the following schedule beginning Dec. 1:

Aeromexico offers six daily roundtrip flights between LAX and Mexico City using Boeing 737-800 and Boeing 787 Dreamliner aircraft, giving travelers an industry-leading schedule in the top U.S.-Mexico transborder market. In 2016, Delta and Aeromexico carried over 7 million customers to and from Mexico.

In May, Delta relocated to Terminals 2 and 3 at LAX, the first step in its plan to modernize, upgrade and connect Terminals 2 and 3 over the next few years as part of the $1.9 billon Delta Sky Way at LAX. The relocation created several immediate benefits for customers, including faster and more convenient connections to flights operated by Delta’s partners, including Aeromexico. When complete, the new space will provide all the amenities Delta’s customers have come to expect at LAX, including a private Delta One check-in lounge, new state-of-the-art Delta Sky Clubs, an integrated in-line baggage system, convenient passenger flows, more gate-area seating, and a world-class concession program featuring local chefs and restaurants in partnership with Westfield Corporation.

Since 2009, Delta has been the fastest-growing carrier at LAX, with nearly 180 peak-day departures to nearly 70 destinations. In April, the airline launched daily nonstop service to Washington?Reagan Airport ? becoming the only airline to offer flat-bed seats in the front cabin on that route ? and Delta’s joint venture partner Virgin Australia began service five days per week to Melbourne on a Boeing 777-300ER. Virgin Atlantic launched a third daily round-trip flight on a Boeing 787-9 Dreamliner between LAX and London–Heathrow this summer. In 2016, the airline launched five daily flights from LAX to Denver International Airport, a key route for business travelers in Los Angeles; expanded the Delta Shuttle to include Los Angeles–Seattle and Seattle–San Francisco in addition to Los Angeles–San Francisco; increased service to both New York-JFK and Seattle to 10 daily flights; and launched Aspen service in December.

Delta Air Lines serves more than 180 million customers each year. In 2017, Delta was named to Fortune’s top 50 Most Admired Companies in addition to being named the most admired airline for the sixth time in seven years. Additionally, Delta has ranked No.1 in the Business Travel News Annual Airline survey for an unprecedented six consecutive years. With an industry-leading global network, Delta and the Delta Connection carriers offer service to 334 destinations in 62 countries on six continents. Headquartered in Atlanta, Delta employs more than 80,000 employees worldwide and operates a mainline fleet of more than 800 aircraft. The airline is a founding member of the SkyTeam global alliance and participates in the industry’s leading transatlantic joint venture with Air France-KLM and Alitalia as well as a joint venture with Virgin Atlantic. Including its worldwide alliance partners, Delta offers customers more than 15,000 daily flights, with key hubs and markets including Amsterdam, Atlanta, Boston, Detroit, Los Angeles, Minneapolis/St. Paul, New York-JFK and LaGuardia, London-Heathrow, Paris-Charles de Gaulle, Salt Lake City, Seattle and Tokyo-Narita. Delta has invested billions of dollars in airport facilities, global products and services, and technology to enhance the customer experience in the air and on the ground. Additional information is available on the Delta News Hub, as well as delta.com, Twitter @DeltaNewsHub, Google.com/+Delta, and Facebook.com/delta.

Be the first to comment on "Delta Adds Los Angeles-Mexico City, Strengthens No. 1 Position"