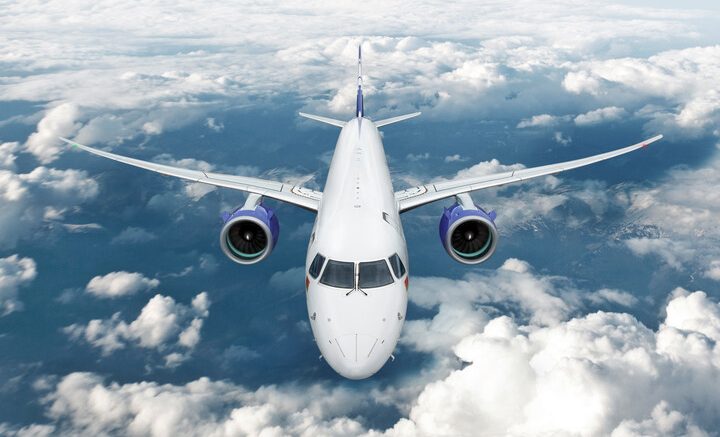 São José dos Campos, Brazil, December 21st, 2020 – Belavia, Belarusian Airlines, the national carrier of Belarus, took delivery today of their first E2 next generation Embraer aircraft in Brazil. The new aircraft is the first of three E195-E2 jets to be leased to Belavia by AerCap.

The aircraft, configured in a comfortable dual class layout seating 125 passengers in total, seats 9 in business and 116 in economy. Belavia plans to deploy their new aircraft on popular routes such as London, Barcelona, Nur-Sultan, Munich, Paris, Sochi, and Amsterdam.

“Belavia’s passengers love our current Embraer aircraft and I hope they will love the next generation E2 even more. The E2 offers Belavia lower operating costs, as well as the lowest impact on the environment. At Belavia we like to keep our fleet young and fresh; with the addition of the E195-E2 we can take more passengers, further, in greater comfort, and more efficiently – the E2 is the perfect fit”, commented Anatoly Gusarov, CEO of JSC “Belavia”.

“It’s great to welcome another airline to the E2 family of operators. As airlines’ ramp up their operations, the E195-E2 is perfectly positioned to right size routes previously operated by narrowbodies, while keeping frequencies and adjusting capacity to new levels,” said Cesar Pereira, vice president of Europe, Middle East and Africa, Embraer Commercial Aviation. “We look forward to supporting Belavia as they continue to upgrade their offering to their customers.”

“We congratulate the team at Belavia on the delivery of their first E195-E2,” said Philip Scruggs, President and Chief Commercial Officer at AerCap. “We wish Belavia every success as they continue to modernize their fleet.”